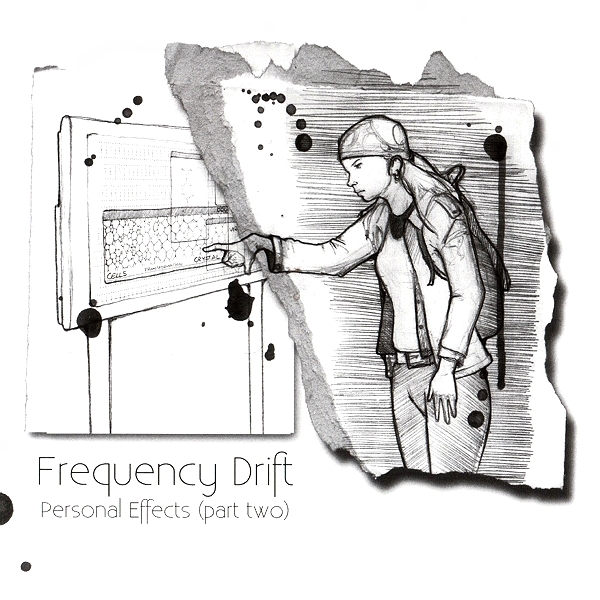 Frequency Drift is primarily the effort of German keyboardist Andreas Hack, though he’s joined by a large group of supporting players that includes three female vocalists, three guitar players, bass, drums, violin, and woodwinds. The keyboards tend to dominate the arrangements, which are described as “cinematic prog.” This has to do with the fact that this album, like its predecessor, is a concept album relating to a sci-fi thriller tale invented by Hack and told through the lyrics (sorry, not included in the booklet). The material has a dark edge with lots of moody synths and minor key melodic themes evoking a troubled cast of characters and settings. Still, moments of beauty poke through the gray, as on “6.16am Deceit” and “5.48pm Lasting Effect.” Hack also demonstrates a command of modern production techniques with a clean and spacious dynamic range that allows subtleties like programmed electronics and sound effects to enhance the listening experience. On the whole the writing is very good, and songs like “7.42am Conflict” are a bundle of convincing instrumental performances, compelling vocals, and melodic lines that go in easy and leave you wanting more. I suppose the closest comparisons I can draw are to narrative concept albums like The Wall and Brave, though this sounds like neither, other than a propensity for high-tech rock and a rich production and listening experience. Only the lack of printed lyrics and some amateurish drawings in the booklet mar what is otherwise an impressive effort. When does Part 3 come out?

Kestrel - Kestrel – Here's another mid-70s British prog rock albums with Mellotron and sounding like Fruupp, Spring, Fantasy, and all those I mentioned in the Cressida review. Here is where the music gets a bit too...  (1993) » Read more

The Rise of the Proletariat Is "Shiny and Round"