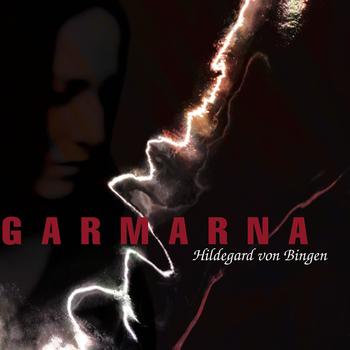 When I first heard that Garmarna’s next album was going to consist entirely of music by 12th Century composer Hildegard von Bingen, I was a bit concerned. But I was assured they weren’t going New Age, setting medieval chants to insipid beats. Von Bingen would be Garmarnified, not vice versa. After all, their last album’s “Euchari” was a von Bingen adaptation, and it was a great tune. I got a little preview of what this CD would sound like when the band played a few tunes live on their brief US tour of 2000. Even that could not prepare me for this magnificent album. The stately modal melodies are not far removed from the traditional tunes Garmarna has dealt with in the past, only now the lyrics are in Latin instead of Swedish (which is not much difference to a listener who understands neither). The one major change from previous outings is the style of the rhythm parts. It was thunderous drumming which first attracted me to this band, and while I have to admit a slight disappointment that thunder is nowhere in the forecast, the skittering beats of this set are immensely appealing, blending programmed and live sounds seamlessly. The stop-start edits and thirty-second note fills have more than a passing resemblance to current trends in electronic music and hip-hop, but combined with hurdy-gurdy, fiddle, acoustic guitar, and Emma Härdelin’s ever-serene voice, no one will ever mistake this for Missy Elliott or Aphex Twin. A truly stunning album, full of amazing sounds.

Body Full of Stars - Falling Angels – Mark Dunn seems like quite a colorful guy. The leader and main songwriter for English group Body Full of Stars writes spirited Afro- and British pop and has a vocal delivery full of English wit and...  (1999) » Read more