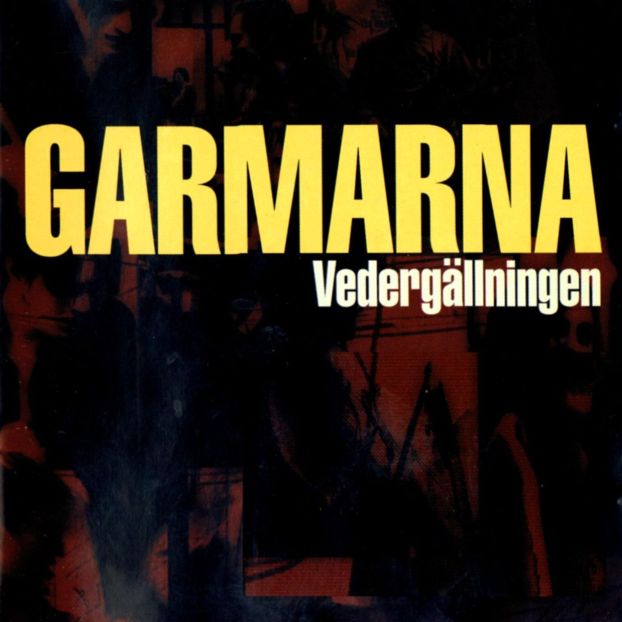 Garmarna’s newest release starts out with a grab for the listener’s throat. “Gamen (Vulture)” begins with a flanged rhythmic pattern on two fiddles which builds up to a powerful crash as the drums and bass enter. The snare-heavy drum pattern would not sound too out of place on a Chemical Brothers album, and the bass is more than a little fuzzed. Then Emma Härdelin’s serene vocal comes in, singing in Swedish. A check of the liner notes tells what she’s singing: the traditional story of King Vallemo, who, with the help of a talking vulture, rescues his daughter on the verge of being burned at the stake. Emma’s verses are alternated with reprises of the fiddle melody, accompanied sometimes by acoustic guitar, sometimes by a twist of feedback from an electric guitar. Of the many acts currently fusing Scandinavian folk music with modern sounds, Garmarna is perhaps the most aggressive. They concentrate for the most part on stories of murder, deception, and revenge, complementing the words with music that is sometimes very rhythmic and forceful, sometimes atmospheric and moody. Of the ten tracks on Vengeance, only two are not based on traditional material: “Euchari,” a relatively cheerful love song which veers near trip-hop territory; and “Polska,” an instrumental piece featuring hurdy-gurdy and a loping three-four drum part. Several of the songs feature a low drone with indistinct distorted noises providing a rhythmic pattern. The most common melodic sounds are fiddles and Emma’s crisp, versatile voice. Drummer Jens Höglin favors pounding patterns on his toms rather than kick and snare beats. The electric guitar is used more as a source of feedback than for chords or melodies. Ever since I heard Vittrad, Garmarna’s first American release, I’ve been fascinated by their unique sound. Vengeance, their third, continues the progression admirably, building on an impressive past and promising great things to come.

Peter Frohmader - Cycle of Eternity – They say the first impression is the one that lasts, and so it is here with the latest album by German electronic master Peter Frohmader: the album opens with the twelve minute "Spiral,” a majestic...  (1994) » Read more