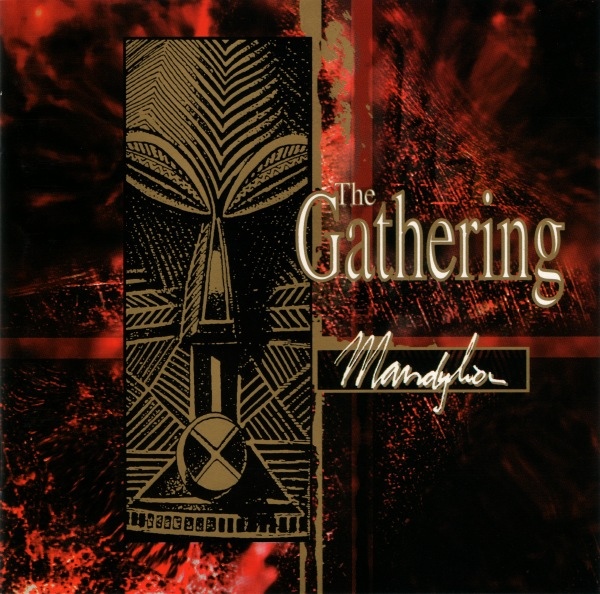 I've heard this group mentioned in the same breath as The Third and the Mortal, so I decided to check out one of their releases. Hailing from the Netherlands, The Gathering is Rene Rutten (guitars, flute), Jelmer Wiersma (guitar), Frank Boeijen (synth), Hugo Prinsen Geerligs (bass), Hans Rutten (drums), and Anneke van Giersbergen (vocals). Where The Third and the Mortal use plenty of contrast (quiet, ambient parts) The Gathering keep it churning. At first listen they seem like a metal band, the songs all awash in the multiple guitar assault. However, Anneke is instantly likable, her sweet voice a rising above the music, and with further plays I have grown to really like this album. While it defiantly lacks the subtlty of a Third and the Mortal album, Mandylion is still an enjoyable and spirited CD. The sound is a toned down (heavily) variant on the death metal that part of the world is gaga over. I fear this lack of change, of contrast in their music may really limit this band, but will have to investigate any newer releases to see where they take it. For those who like The Third and the Mortal, or those whose music has to have a bite.

Murray Head - Greatest Hits – Summarizing Head's career of singles and one off recordings is actually a great career retrospective opportunity. Opening the track is Head's sensitive piece, "Say It Ain't So,...  (2002) » Read more