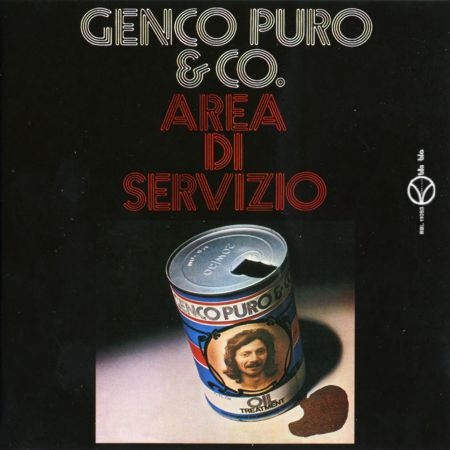 1972 was the year that Genco Puro released their one and only album, the fairly rare and fairly commercial album Area di Servizio (reissued as Artis ARCD 040 in 1992) originally on the Bla-Bla label. The music here is clearly pop, yet done quite sensibly with enough originality to keep it interesting over the long haul. The main mover in the mysterious lineup is guitarist / singer / songwriter Riccardo Pirolli, supported by bass, keys, drums, including members of Franco Battiato's group. The opening seconds of "Frontiere" feature a laid back acoustic guitar based tune with a strong synth melody reminiscent of the closing moments of ELP's "Lucky Man." From there, the album goes all over the map, but never strays too far from the mainstream folk-pop-rock axis. The album, as a whole, comes off surprisingly solid, with excellent songwriting and an energetic delivery. Pirolli's voice is up to the task, smooth - but with a slightly scratchy quality on the more hard-rocking numbers. Overall, this is an outstanding record, but it's a pop album – not progressive.

Basement 3 - Under – Bay Area singer-songwriter-musician Kenny Schick (also known under the moniker Basement 3) is back with a new album that’s a left turn. Basement 3 albums have always been an outlet for Schick’s...  (2008) » Read more