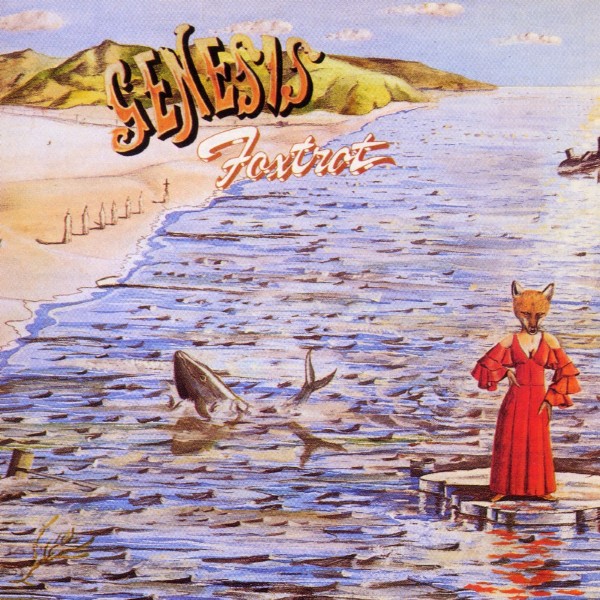 Now if there could be any album on my third-tier list that might be there for its lifetime achievement award it would probably be Foxtrot, although maybe that would be a close second to Close to the Edge. It's not an album I listen to too much anymore, as I think I'd played “Suppers Ready” 500 times by the time I turned 17, and I've probably heard “Watcher of the Skies” nearly as much (I'm also reminded by Phil Collins' comments on the remasters interviews that “Skies” was essentially Yes influenced). These are the building blocks of symphonic rock and there are probably few songs as influential as the ones on Foxtrot on a host of different bands that came afterwards. In fact I mentioned in writing about Trespass the religious or reverent feel of Genesis and I think that may have come to peak in the last part of “Supper's Ready” with its apocalyptic themes and grand climax. Perhaps the best "non-secret" on Foxtrot is what a great song "Can-Utility and the Coastliners" is, one of the band's minor classics in my opinion. Even in writing this little memory clips of its contents come to mind. To some extent I think of this one as the end of their "primal era" (which is a Dead reference really), as things got a bit more polished for Selling England and they got slightly less angular and edgy. There are some albums on my list that need a refresher listen, but this definitely isn't one of them.