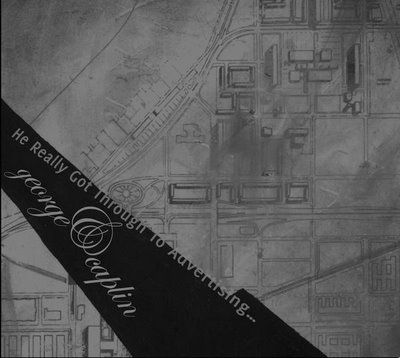 At first I was tempted to look up one of my previous George and Caplin reviews and just recycle a bit, but in all fairness, this CD actually is different than the others. It’s much more song-oriented, less mellow, and catchier. It’s still not mainstream electronic pop by any means – there’s an edge to the proceedings that doesn’t conform to Top 40 smoothness, though it could certainly pass for indie-pop quirkiness. Compared to most everything else on Beta-lactam Ring Records, of course, it’s the freakin’ Backstreet Boys, but compared to the real thing, it’s pretty left-field. There are a lot of messed-up sounds floating around, especially in the background. Acoustic guitars are surprisingly prominent, both in natural and effected varieties, and both forward and backwards if my ears don’t deceive me (which they easily could, given what’s possible for creative people with digital editing software). There are some instrumental moments that hearken to the group’s more ambient past efforts. All in all, they get on with their basic theme of integrating 80s alternative pop a la New Order with modern laptop trickery, just altering the mix between the elements a bit, and I think this may be my favorite of theirs to date.

Forrest Fang - Folklore – This is Forrest Fang's first album for Cuneiform, but his sixth overall. Through the years, Fang's music has gradually shifted from a more ambient/electronic music (Eno, Terry Riley) mixed with...  (1995) » Read more