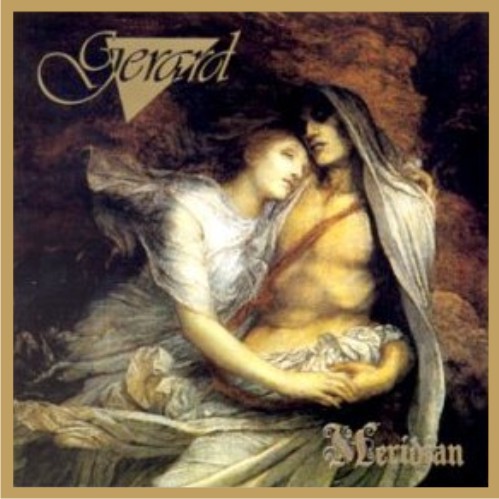 One of Japan's longest lived symphonic bands, Gerard has produced a long string of albums beginning with their eponymous debut in 1984, featuring an expanded six-piece lineup, which by the second album, Empty Lie Empty Dream, a year later was down to a four-piece fronted by bandleader / keyboardist Toshio Egawa and guitarist / vocalist Yukihiro Fujimura. These two stand as symphonic rock classics and contain much of the band's best material to date. A long hiatus, presumably a breakup and reformation resulted in 1991's Irony of Fate with a harder-edged, more guitar dominated sound, and Egawa and Fujimura the only remaining original members. Today, of course, Gerard has no guitarist, they are effectively a trio of keys, bass, and drums, with Egawa being the only original member, employing Canadian born vocalist Robin Suchy where singing is required. Meridian is an interesting album as six of its seven tunes are rearranged remakes of material on those first three albums, four from the first album alone. In its original incarnation, the instrumental opener "Acts of the Apostles" was a very powerful statement. The new version dispenses with the fade-in intro and guitar parts, and would be an incredible tune if it weren't for the extremely sloppy and distorted mixdown that much of this album (but most notably the first two or three cuts) sports – regrettable, because many of the tunes are much improved in their new arrangements. Also included here is the ten-minute "Evidence of True Love" which appeared as an EP on Musea earlier this year. Overall, the performance and new arrangements presented here are superb, but even the most tolerant listener will be annoyed by all the distortion in the mix.

Pallas - The Dreams of Men – Since their return to active duty in 1999, Scottish neo-proggers Pallas have been working hard to establish themselves as a front line act. Their recent NEARfest appearance helped in that regard,...  (2006) » Read more