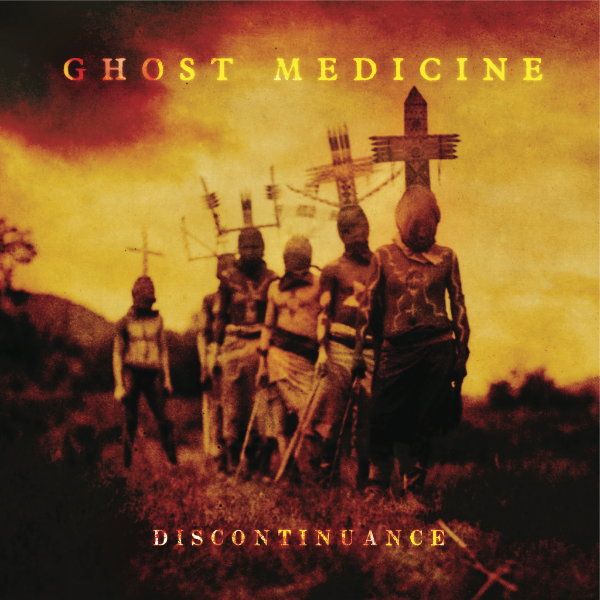 Uranium Club is a brand new label for releasing rock, progressive, and electronica. Their first release is Ghost Medicine’s debut album Discontinuance. Ghost Medicine is essentially the solo work of Atlantan guitarist Jared Leach, and he augments his music with contributions by Porcupine Tree’s Colin Edwin on bass, Scott Prian on drums, and Sarah Hoefer on vocals. The Porcupine Tree similarities continue with the album artwork, some of the music, and Jared even bears a striking resemblance to Steve Wilson. What is not included in the promo material is how Jared connected with Colin across the pond. I am sure that would be an interesting story. Jared is quite an accomplished guitarist and expert in alternative tunings. At times his playing reminds me of Alain Markusfeld and Jared’s finger picking demonstrates a Doc Watson influence. Of course with Colin Edwin featured prominently on bass, many of the seven songs venture into Porcupine Tree territory. What does not work for me are many of the vocal melodies. These melody lines sound a bit contrived and strained, trying too hard to be artsy. Ghost Medicine is not alone in this. Many of the neo-prog bands are doing this as well. I think that they are using minor key vocal lines that try to complement the instrumentation, but these melodies do not connect with the listener. So much so that you do not even pay attention to the lyrics. But don’t get me wrong, both Jared’s and Sarah’s voices are good, but the notes they are singing just do not engage the listener. In my opinion, if Jared had recorded a purely instrumental album instead the results would have been much better. Many of the songs start out in one direction, take an abrupt turn, and then circle back. He also likes to combine his acoustic guitar and electric guitar lines, making these songs challenging to play live. In summary, Discontinuance is a great debut album once you get beyond the vocal melodies.