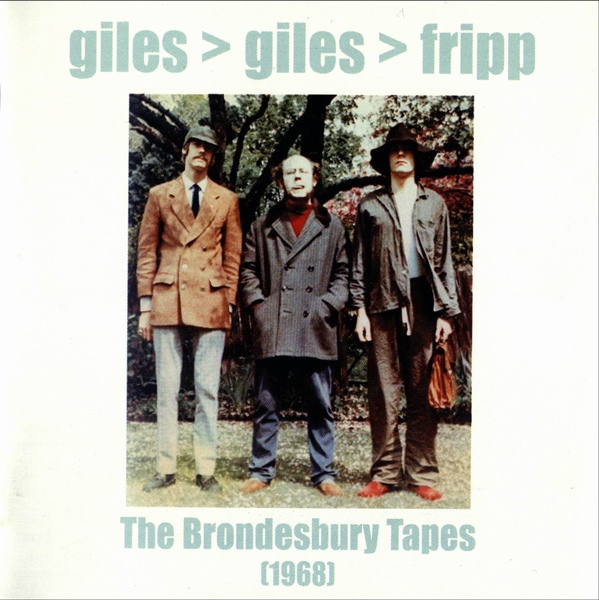 The early exploits of Giles, Giles and Fripp have always been a footnote considering the impact of the first King Crimson album on unsuspecting English and US audiences. Their only album, The Cheerful Insanity of Giles, Giles, and Fripp, merely hinted at the varying attempts the duo along with a confident guitarist had crafted before splintering into what would become the most influential progressive rock group of 1969. The Brondesbury Tapes supplements the trio's first album with a wider range of arrangements of several demo tracks from their album. Peter Giles (with Fripp's blessing) is the instigator of this convincing archival set of twenty one tracks that covers the transition of the group up to the point that the King raised its stately head! Judy Dyble (ex-Fairport Convention) was also heavily involved in this line-up and her contributions shine as alternates to the first Fairport album. She's paired here with unison vocals from Ian McDonald on "Make It Today" and "I Talk to the Wind". Fripp's "Tremolo Study in A Major" and "Suite No. 1" could be outtakes from a Crafty League of Guitarists seminar given their rigid structure and artful delivery. Standout tracks include "She's Loaded," with the tongue in cheek lyrical bent on a London socialite who throws her fate to the Austin Powers wind so to speak. The two versions of "Why Don't You Just Drop In?" predate the muscular live versions from KC's 1969 US tour (documented on the Epitaph releases). Overall, this set of pieces fesses up to where the seeds of change were germinating in the minds of a musicians who had no idea how strong a force they were about to unleash.

Maynard Ferguson - Carnival – For those of you uninitiated, Maynard Ferguson was part of the jazz-rock scene originating from the stable of jazz players who broke out under the auspices of Stan Kenton's big band. Carnival was...  (2003) » Read more