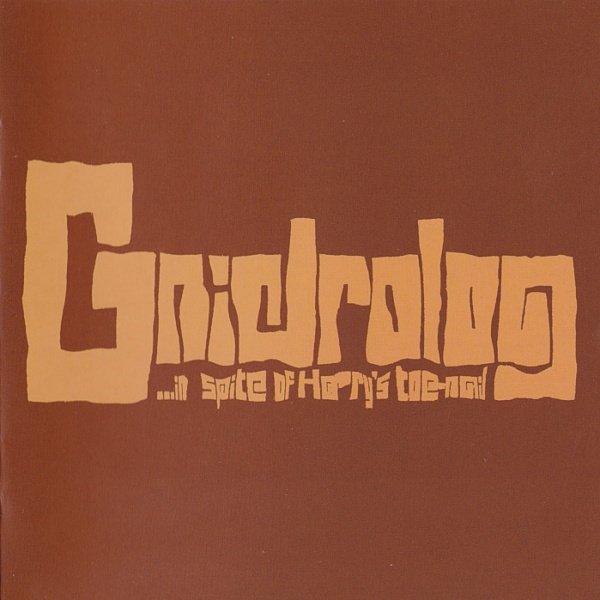 While Yes, King Crimson, ELP, and Genesis went on to considerable fame, there were a good number of English bands that didn’t fare so well as far as output goes, but were equally as innovative as these, if not more so. Names such as East of Eden, Gracious, and Marsupilami, come to mind, as does Gnidrolog, a short lived group who released this album and Lady Lake. Gnidrolog shows all the risk-taking and adventurous spirit that its peers had, creating unusual song structures that portrayed a juxtaposition of hyper-complex progressive rock and delicate and sophisticated folk songs. The album opens with the Van der Graaf like “Long Live Man Dead,” a powerful two-part suite. “Peter” is a folky interlude, a low that contrasts the following “Snails” very well. “Snails” is an amazing track, bringing Stewart Goldring’s excellent guitar playing to the fore. The angular nature of the melodies combined with the strange dissonant scaling and staggered and constantly changing rhythms help to make this track among the most original progressive rock pieces of the era. “Time and Space” is more delicately orchestrated, in the manner of later Gryphon, another track with a focus on the irregular time signature, which they apply to tremendous effect as the song progresses, building up to a tremendous finale. The short “Who Spoke” is crystalline and gentle, but very innovative structurally, it offsets the two-part title track that finishes the original album. This suite begins with the most conventional Gnidrolog song on the album, “Goodbye-Farewell-Adieu,” which is augmented by Stewart Goldring’s excellent guitar playing and moves through a number of phases, including a harmonica solo. Audio Archives has added four bonus tracks of studio recordings, all of which are from before the first album. These fit nicely with Toenail, and even show more of a tendency toward the long guitar solo, especially the two versions of “Sage of Smith and Smythe.” A welcome reissue, now that the band is back together, who knows what’s to come? This is one that keeps growing on you.

Unitopia - The Garden – It is quite ambitious for a group to issue a double CD of new material as their second release. Many groups are challenged to fill one disc with decent music, let alone two. In addition, much of the...  (2009) » Read more