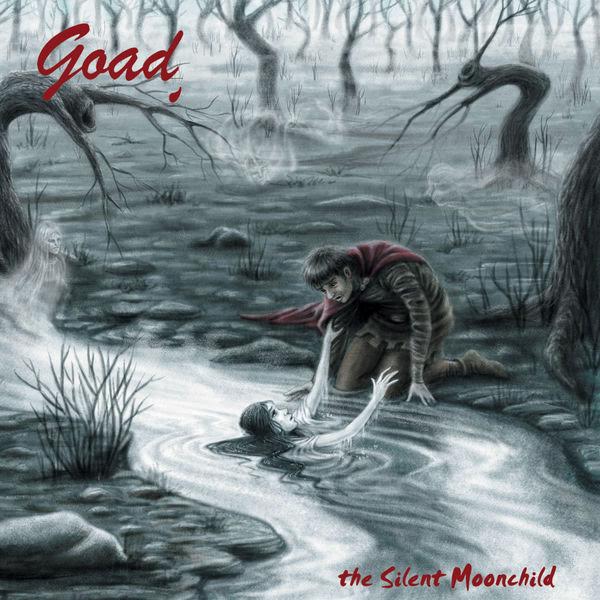 Goad is an Italian progressive band with a long history dating back to the late 70s. The Rossi brothers, Gianni and Maurilio, formed the band in Florence and did not release their first album until 1983. Their output was small until the mid 90s when they forayed into gothic progressive music with a project dedicated to Edgar Allan Poe. Since then they’ve been releasing music sporadically. In 2015 they released their ninth album The Silent Moonchild. While previous albums have featured their individual style of King Crimson inspired progressive rock, the only Crimson reference I can detect on The Silent Moonchild is the album title. The current band lineup is Maurilio Rossi (vocals, keyboards, electric guitars), Filippo Trentastasti (drums, percussion), Francesco Diddi (guitars, violin, flute), and Gianni Rossi (electric guitar). They are joined by guest musicians Alessandro Bruno (slide guitar, violin, flute), Silvana Aliotta (vocals), Guido Wasserman (guitar), Martin Grice (saxophone), Freddy Delirio (keyboards), and Paolo Carniani (drums). The music and subject matter are quite dark, with outstanding organ, mellotron, synths, and guitars. There are 11 tracks, mostly songs. The opening song, “Except Hate,” with its sinister violin and angry / gritty vocals is basically God admonishing a person who is full of hate. The second song, “For You,” is a gothic love song that reminds me a bit of the Fields of Nephilim. This song takes an ambient turn towards the end. The third song, “Here with Me,” is more upbeat, but still sombre as it is a cry for help to save a dark soul. The lyrics and vocals end at about the midpoint and the remainder is an outstanding instrumental of mellotron, sax, and drums that becomes cinematic. Track four, “Clay Masks,” is an excellent surreal nightmarish song with acoustic guitar, Mellotron, synths, and flute. This is another cry for help as the narrator’s mind is slipping away. Then we have the title track, a song of unrequited love to an inhuman ghostly spirit. Next is an instrumental for the title track, but this music is different from the previous song. The instrumental takes on an urban / jazzy ambiance that reminds me a bit of “Town without Pity.” The remaining songs continue in the same vein, becoming more obvious that this spirit is a succubus, with the narrator wanting to transcend time. Even though the vocals dominate most of the songs, they are secondary to the music, and this is where the band excels. There are many excellent moments on this disc, but I wish that the band would focus more on the instrumentals and deemphasize the vocals.