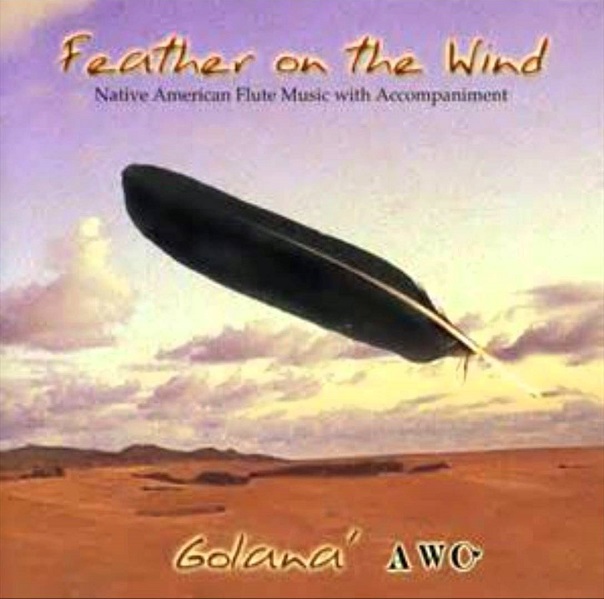 Though Golaná (a.k.a. Scott Cunningham) plays handcrafted Native American wood flutes, his compositions have little connection the musical traditions of his Cherokee ancestors. Instead, the eleven tracks on his third album, Feather on the Wind, stand in the tradition of Windham Hill’s most quintessentially “new age” releases. Simple, melancholic flute melodies are accompanied by acoustic guitar, violin, cello, synth, and piano lines so sweet that they sound like they came straight from a George Winston release. Tempting though it might be to compare Golaná’s music with that of R. Carlos Nakai (another Native American crossover flautist), there really isn’t much in common. Nakai’s jazzy influences are wholly absent here, and Golaná’s compositions are gentler and more meditative. A more apt comparison might be mid- period Shadowfax, although the more synth-heavy tunes, like “Above the Sky,” sound like something you might find on an Enya album. Progressive rock it ain’t, but if you’re looking for something soothing you can relax to while taking a long warm bath, getting a massage, or just chilling out, then you might want to give Feather on the Wind a spin.

JPP - Artology – Just when you thought you'd had enough of Nordic fiddles, along comes this little gem from Finland. I like Scandinavian folk music as much as the next guy — probably more, actually — though I'll...  (2008) » Read more