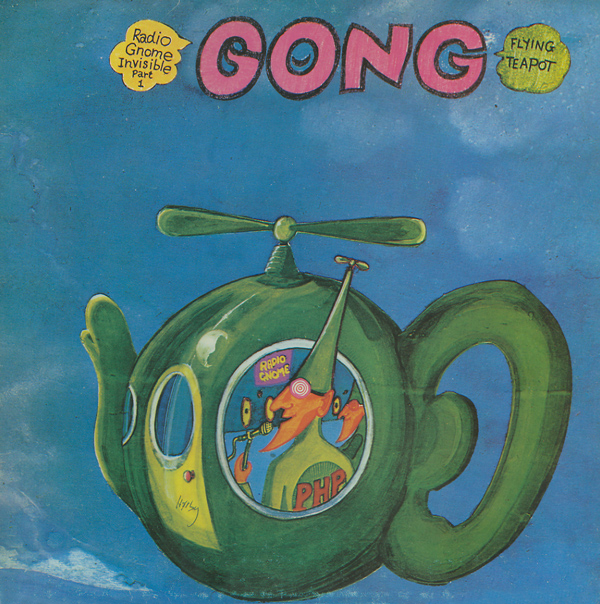 One of the most unfortunate things about the CD issues of Gong's first entry in the Radio Gnome Trilogy is that because of the legal wranglings over the rights to it, there's actually never been a proper issue of it from the earliest tapes. You can tell because, on the title track, you can hear a slight tape crunch in the middle of the jam and this shows up on the version linked here as well as the Japanese mini LP of it. There's also a slight muffly sound to it you won't hear playing the LP, which always made me wonder which generation of tapes are being used. And of course there's the issue of the covers of these issues which really aren't quite as good as the Virgin issues. Anyway this is a deeply cosmic album, as is the whole trilogy with the backdrop to this mix of very silly songs and long jams featuring a lot of glissando guitar and some brilliant electronics as well. The title track is easily one of the best the band ever did, "The Pot-Head Pixies" with all the silly tape voices and noises a very clever piece lyrically and structurally, and in terms of feminism I'm not sure there were too many lyrics as brilliant as those on the closer "I Am Your Pussy." It's a deeply subversive record even today with a story so well crafted that it's like there's a superficial story on top and a much deeper one underneath.