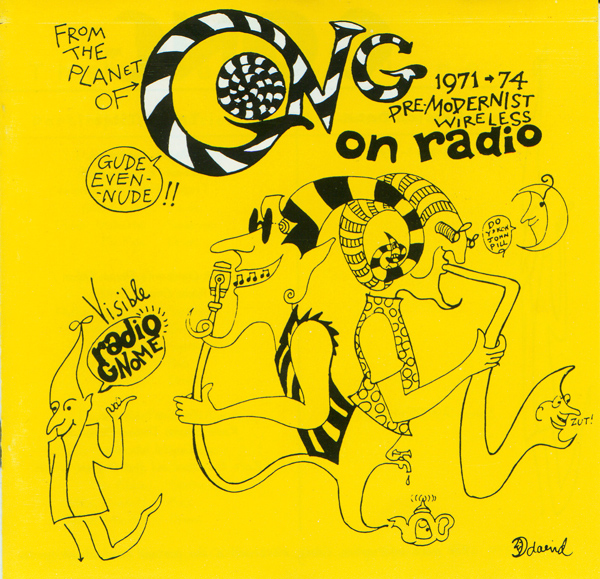 Blah blah Gong blah Daevid Allen blah space rock blah seminal spiritual gnomepixiebanana. Ahem. OK, now the introductions are over, we now have the latest live Gong installment, three different Peel sessions of varying quality give to us by Strange Fruit. Session one from November 9th, 1971 could just as well be a Kevin Ayers show as a Gong show - they do "Clarence in Wonderland" as well as a couple pre-Trilogy numbers. The quality is a little below average, but as a historical document, it should prove interesting. The meat (I'm sorry tofu) of the CD, sessions from 5- 29-73 and 1-15-74 of course would be why you'd buy this anyway. They show Gong at their most analog-twittering, pot-headed spacy selves. The '73 session is primarily Flying Teapot material, the '74 session Angel's Egg and both seem so serious compared to the crazy reunion shows of late. Obviously by this point, close to the "Paragong" breakup, band tension was somewhat there and although you can never completely erase the omnipresent humor; both of these sessions are amongst Gong's more serious space-out moments. Or should I have said "More Trilogy period live sessions please?"