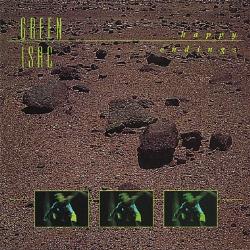 Green Isac is the Norwegian duo of Marten Lund (keyboards, guitars) and Andreas Eriksen (percussion and keyboards), augmented here by additional musicians on flutes, accordion and kora. The music here, as on their earlier release Strings and Pottery, occupies that niche where space electronics meets world music, a gentle ethereal music with integral melodics, supported by hand drums and assorted percussion, occasionally approaching the tribal sounds of Roach and Greinke, but in an very different context. There is also an element of Scandinavian folk here, although very understated with respect to its other aspects. The disc contains twelve tracks mostly in the three to four minute range, and a lot of territory is covered therein. The variety has its limits, but many different ideas are explored, mostly very original and spirited. I guess my only problem with some of the material is that after all the percussive and melodic themes have been initially presented, further development does not occur, yielding to repetition. Still, there are more than a handful of gems here, including "Lasidan" and "Warra," both of which have a distinct eastern flavor, the ever developing "Kotoba," and "I Raised My Head" — offering the albums strongest pointer to folk, with its main melody carried by accordion. In all, a good release. I hope the title doesn't mean these guys are calling it a day.