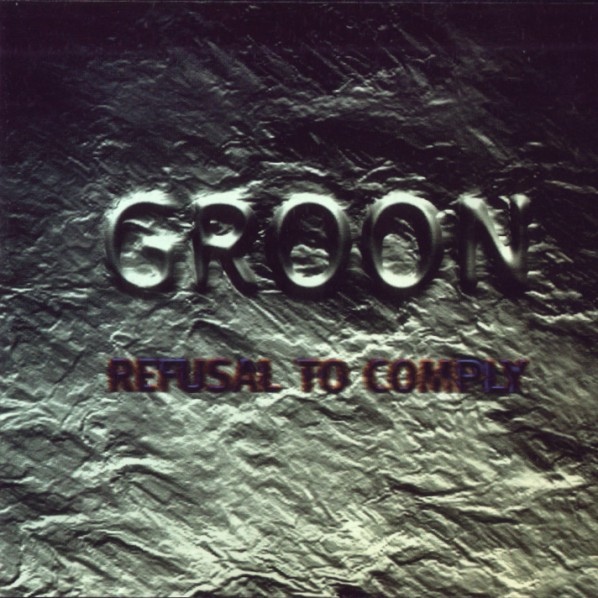 Guitar, bass, and drums. Groon is a three-piece instrumental outfit from the UK with a grungy free-wheeling style that owes as much allegiance to jazz and fusion as it does to rock. You might recall "Groon" was a track from King Crimson's Earthbound, and in fact that might be a good starting point for a description of where these guys are at, yet a better comparison might be part Djam Karet, part Firemerchants, part Xaal. They're one of those bands – you're never sure if the material is composed or improvised; it sounds too tight to be improvised yet too free and energized to be composed. There are some familiar names here: drummer Steve Clarke and guitarist Tim Crowther are both (ex?) members of Network. Bassist Algy Ward was a one-time member of the 70s punk group The Damned. Like Ruins, Ward and Clarke alone are a formidable enough unit to be a band by themselves, their relentless energy drives each of the album's thirteen tracks. Crowther's howling guitar tones and staccato lead runs work well with the rest of the system, yet – unlike Firemerchants – he frequently lays back and lets the other two run the show. All material is written by various combinations of band members, except for a smokin' cover of Mahavishnu's "Celestial Terrestrial Commuters." My only gripe is that there's only so much territory you can cover within this type of framework, and seventy minutes of it is a bit much for one sitting; I tire long before the album is over. Still, this is one impressive debut.

Note: This album was later (1999) reissued with the band name Network.