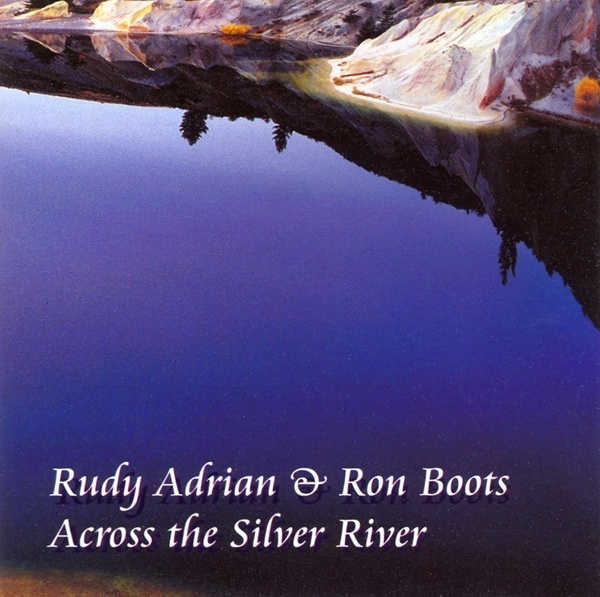 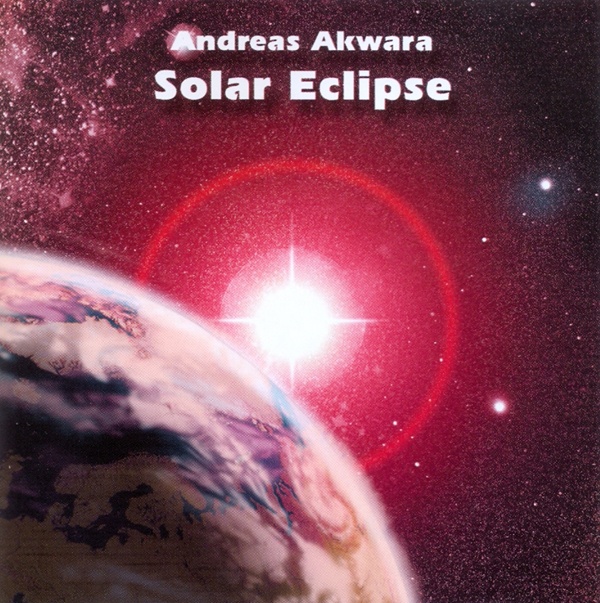 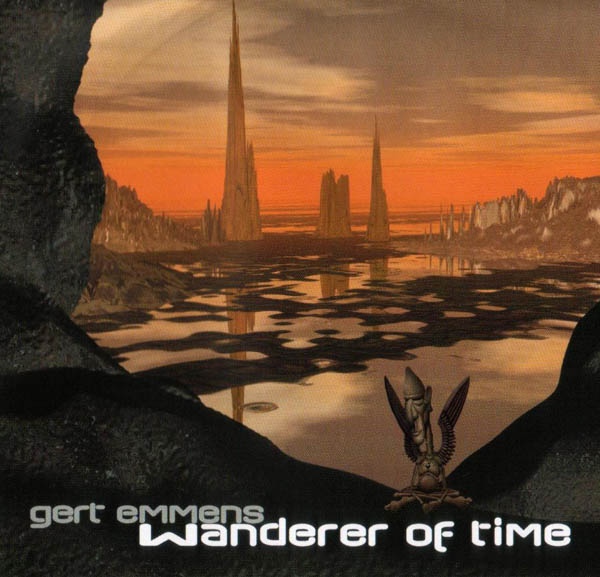 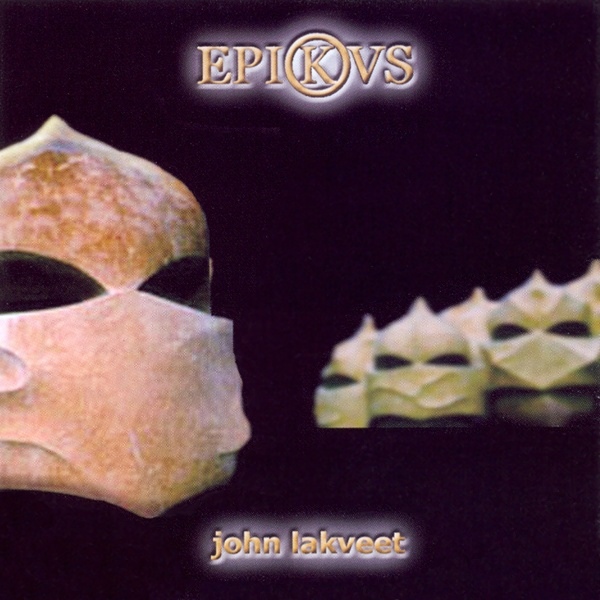 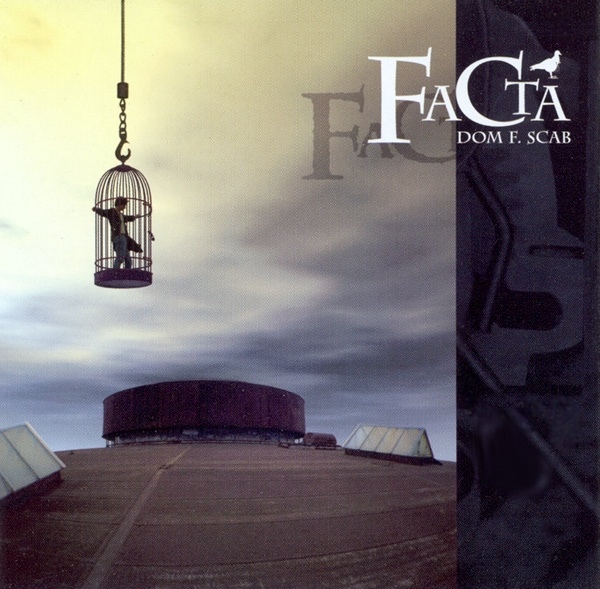 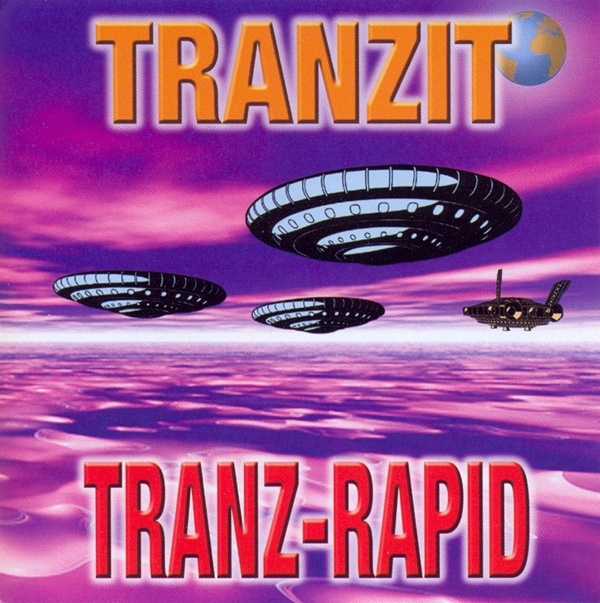 The Netherlands’ Groove label, perhaps the premiere label for sequencer-heavy electronic music, has been on quite the roll lately, releasing and distributing a number of albums by newcomers and veterans alike. This batch of releases presents the label’s stylistic range from ambient / drift electronic music through Berlin school and borderline techno styles. Rudy Adrian is one of the label’s brightest stars and while the last couple releases by him have been firmly in sequencer / planetarium / space mode, Across the Silver River represents the New Zealand synthesist’s ambient side. The album is a bit odd in that it was initially recorded as a solo album of Adrian’s, but due to Ron Boots’ enthusiasm for the album, it was turned into a collaboration by overdub. Adrian’s ambient style is actually not a child of the American tribal / indigenous school (think Steve Roach) entirely, and despite the addition of percussion and sequences (more a product of Boots’ augmentation than Adrian’s intention), the sound retains an alluring freshness and mystique missing from so much of the European ambient musicians for whom Sonoran deserts and rainsticks still remain the dominant influences. The results are a lot like the music of another New Zealand synthesist, David Parsons, particularly with the sequencer and percussive additions. We already know Boots is no slouch, so this attests greatly to the skill of Adrian in more than one electronic school.

Tranzit jumps nearly to the other end of Groove’s electronic spectrum, a style heavy on rhythm and bordering on techno and house schools. But where one could dismiss a lot of music like this as being the product of the amateur and uninspired, this is Dirk Nusink’s third release and shows a musician becoming vastly assured in his style. If one can imagine what Tangram, Exit, or Thief might have sounded like had they been recorded a decade or so later, one can make a guess as to where Tranzit is operating. Infectious, surging rhythms form the skeleton of the album, bringing the spirit of early Jean-Michel Jarre to the fore, although, unlike many a Groove artist, Tranzit always seems to have one ear to the future and the obvious influences of the past always seem subsumed by the current vision. I’m not a big fan of the more accessible, melodic styles of electronic music, but this one is so well done that I caught myself grooving to the rhythms more than once.

Spanish synthesist Dom F. Scab is also one of Groove’s mainstays, a musician who has been refining his style over several albums. Facta is electronic sequencer music in a nutshell, once again reminding you both how indebted to 70s Tangerine Dream the style is and how much there still is left to explore using the technique, despite the looming influence. However, it doesn’t tend to get much better than Scab’s music, a synthesist that doesn’t automatically make you start wondering which period of Tangerine Dream is his favorite. It’s his sense of professionalism and the excellent production that win through, the sequencer lines are clear and snappy, the flourishes of piano and sound effects effective, and the melodies aren’t shallow enough to annoy you for days afterwards. Fans of the style, at least those who don’t need Mellotron choir samples to be happy, will likely embrace this one as his best yet. It’s some of the most creative sequencer work of the current era.

John Lakveet collaborated with Dom F. Scab on Silent Mars, and one could say he is a kindred spirit of sorts in the sequencer field (his last album was entitled Sequentiagite). Like Scab, Lakveet doesn’t go for the obvious space concepts (don’t worry, we’ll get to those), Epikus seems oriented to a Roman or Greek concept circa 202 AD, although one would be hard pressed to define it from the CD itself. While Scab’s latest stuck mostly to sequencers and their interplay, Lakveet includes plenty of atmospheric drift sections to break things up, and while Lakveet hasn’t assimilated his influences as fully as Scab has, he has come up with an appropriate ebb and flow for the musical energy. One can’t help but admire musicians in this style, attempting for distinction in a field still entirely dominated by the Berlin pioneers. It brings up the question of just how originality rears its head in a genre so intensely tied to a few artists.

For example, Dutch synthesist Gert Emmens seems entirely entrenched in the music of Tangerine Dream. His last release was called Asteroids, this one Wanderer of Time, and both pay musical tribute to space and the ultimate sequencer venue, the planetarium. Wanderer is rich in the ways of retro, with string and choir like synth patches (Mellotron? patch?), weird analog-like sound effects and sequencers galore. Of the titles reviewed here, this one is closest in spirit to the primary influences. Which is an issue of the duality of the sequencer electronic music genre, do we actually want more original music from these parts or do we just want more music that sounds like classic Tangerine Dream? Regardless, Emmens, like most Groove artists, presents a shining, professional product that ought to appeal to most fans of the style. It occasionally verges a bit too much on the sweet side for my tastes, but undoubtedly there is a larger audience waiting for this sort of thing, fans of Wavestar ought to find this one close to their hearts.

Not a Groove label as such, but distributed by them, is an eight-part opus by Andreas Akwara entitled Solar Eclipse. More images of space abound, yet this is not classic Berlin style sequencer music at all, the sequencing being mostly low-key and closer in style to the pulses found on Steve Roach / Vir Unis albums. It might only be in comparison to the others in this group, but the album suffers a bit from thin synthesizer sounds and a production not quite up to par. They impart a homogeneity to the proceedings that adds a bit of blur to what is a growing, unique style of electronic music. The closest comparison I can make is that to German Nik Tyndall, whose floating, shimmering style of music doesn’t resemble his 70s ancestors or the usual ambient artists. I’d certainly like to hear what Akwara could do with some fuller-sounding patches as this seems to be a promising niche. Clearly Euro-electronic is striving to surpass its influences while attempting to evoke the same sort of emotion and impact these same influences did for the new crop of artists. And really there is no label more intrepid than Groove where this is concerned.