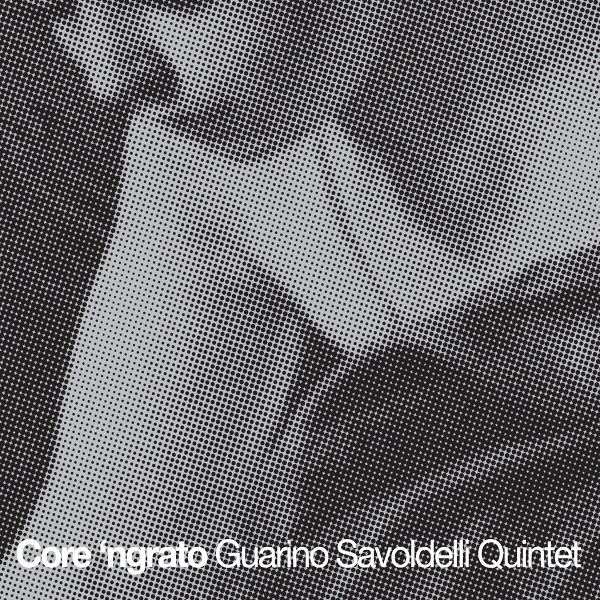 While he only has about a half dozen prior releases over an extended period of time, solo and in collaboration, pianist and arranger Corrado Guarino is known well on the Italian jazz scene. For Core ‘ngrato he has teamed up with acclaimed singer Boris Savoldelli, who should be well known to most Exposé readers through his association with Moonjune Records and many releases on that label. Rounding out the quintet are Guido Bombardieri on alto sax and clarinet, Tito Mangialajo Rantzer on contrabass, and drummer Tito Mangialajo Rantzer, all of whom have played on Guarino's previous releases Chi? (2004), a series of five jazz tribute albums La Fiabe del Jazz released between 2008 and 2011, and Si Veda Che Era Destino (2011), and probably a few others I'm unaware of, definitely a tight group of musicians well before Savoldelli showed up, but it's his chameleon-like vocalizations and electronic voice alterations that make this album so compelling and unique. Savoldelli and Guarino composed only two of the album’s ten cuts, three are 17th and 19th Century traditionals, and the remainder are by other composers outside the quintet. Most of the pieces are slightly on the laid-back side, but several are upbeat and aggressive, like “Ciceranella,” which I’m sure I’ve heard before somewhere, where Mangialajo gives an impressive drum solo during its five minute duration, and Savoldelli pushes it to the limit. “So' Le Sorbe e Le Nespole Amare” is another powerful and melodic piece with a definite folky flavor, that offers sax man Bombardieri plenty of room to shine. Every piece here is outstanding, offering a range of jazz and vocal ideas that will both soothe and dazzle. The lyrics are all in Italian, but they are all printed in the booklet to follow along with.