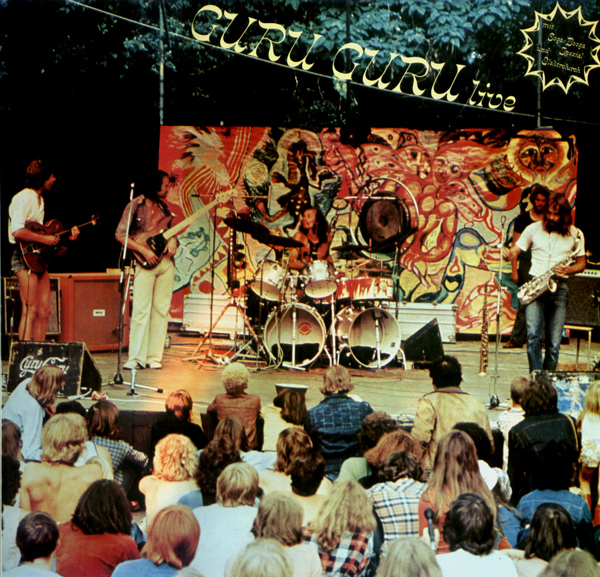 Guru Guru was one of the pioneering German psych rock groups, but by 1977 they had mellowed out with age leaving behind the Neumeier / Trepte / Genrich line up that procured classics such as Kan Guru or Hinten. Guru Guru in the late 70s was a drastically different group from their heyday. Still drummer Mani Neumeier's project, this line up was a quartet playing at least 50 percent experimental rock, and besides the mainstay "Der Elektrolurch," there are no trippy psychedelic elements to be found. In fact, besides "Ooga Booga Spezial" there are no tracks from before their fourth album. I'm admittedly not as fond of this incarnation as the early one, but no doubt there is some great music from almost straight rock-n-roll to jazz rock and weirder. Originally this was a double album on Brain, and although all the graphics are reproduced faithfully here, Think Progressive has forgotten to mention that time restraints have squeezed out the track "Moroso." This type of misrepresentation is inexcusable in the days where you have to shell out at least $18.00 a CD — although you're really not missing much!