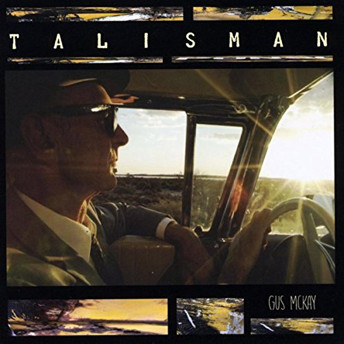 Never mind that this is a 2017 release, it was just sent to me for review in 2020, it remains McKay’s latest release (and probably will for some time, given his slow release schedule), and more importantly, you probably don’t know about him at all, so his latest is a great place to start. Listening to this the first time, one might believe that McKay’s rootsy, swampy, gritty blues sound with harmonica and voice to match came straight out of the New Orleans Delta, and you wouldn’t be too far off – only eleven thousand miles! Gus McKay hails from Fremantle, Western Australia, a port town of roughly 30,000 on the west coast. Talisman is McKay’s fifth album since 1999, his first since 2010’s Saltflat Blues. A change of direction from his earlier recordings, which reportedly are pretty much straight blues, here we have something of a departure, a journey down a different dirt road where McKay offers something not unlike what we in the USA would call Americana, a dusty amalgamation of acoustic blues, swampy attitude, dark folky visions, and elements of gruff emotion, with occasional jazzy or rocky outbursts.His basic band on Talisman is a trio of himself (vocals, guitar, harmonica), Roman Charles (drums, percussion, keyboards, tenor sax, and taishokoto – a keyed harp-like instrument that originated in Japan, but now commonly used in East Africa), and Phil Waldron (bass, pedal steel, bouzouki, banjo, fiddle, trumpet, and cello), Charles serves as the album’s engineer, and all three are co-producers. Most definitely McKay is using a number of different guitars – acoustic, electric, and resonator (dobro), the latter working well with Waldron’s banjo. His vocals are often fragile and anguished, but the mix works well with his dark and bluesy persona. Many great tracks here are standouts: “Bohemian Life,” “Hundred Acres,” opener “Art of Living,” “The Man,” and many more among the Talisman’s ten tracks of earthy modern blues.

Runaway Totem - Esameron – Since their debut in the early 90s, Runaway Totem has always had interesting music to serve up. Their early Black Widow releases were extremely dark and twisted endeavors, while their first for Musea...  (2008) » Read more