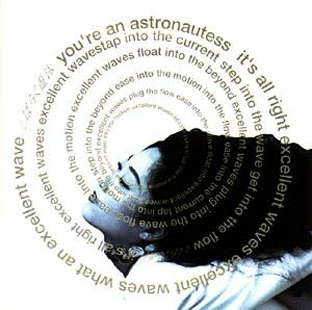 After an almost seven-year hiatus since Paradise of Replica (After Dinner's last, and only second full studio release), songstress and presumptive After Dinner leader, Haco resurfaces, this time with a new studio solo work. If association with big names is anything upon which to establish notoriety, then this project is a shoe-in for instant hipness based on the member list alone. The roster of players reads like a "Who's Who?" of the most wanted denizens from New York's famed "downtown" scene. (Do not fret; I am as clueless as anyone as to how this downtown concept actually translates into musical terms.) You've got Tom Cora on cello; then there's Frith, and even Sam Bennett. Suffice to say that you'd need a calculator to figure out how many outfits these people have actually performed with. I'm surprised Bill Laswell isn't on here as well! Fortunately, the presence of these sidemen is to be found in little more than minute quantities, giving carte blanche to the kaleidoscopic anarchy of After Dinner's cabaret-of-the-Twilight-Zone.

Like fine chocolate, Haco's songs are meant to be savored. The musical equivalent of Japanese netsuke, certain songs here display a charming state of benign chaos; where sampled sounds, noises, melodic instrumental phrases, or intoned singing all meet and meld together in apparent randomness, with practically no concern for end result. And why not associate the music with food? One song here is about mushrooms! (Before, it was walnuts.) Her vocals sluggishly ooze and slide through alien terrain with the same fetish for ephemeral subject matter as After Dinner was noted for. The ghost of John Cage peeks through these imaginary landscapes more than once, and winks at us. "Oil and Water" is a lugubrious Okinawan-flavored threnody... "The Way Things Go" captures a mood of perpetual entropy — forever on the verge of collapse without actually reaching its nadir. And conversely there is the warped sense of pop song structure, that in practice hardly gives much credence to pop music aesthetics. Hers is a cosmology that searches out the seemingly mundane or incidental. Occasionally, perhaps under a walnut, or a mushroom, a miniature world is discovered, waiting to be fashioned into netsuke.

Is Pyrior a Space Rock Band?