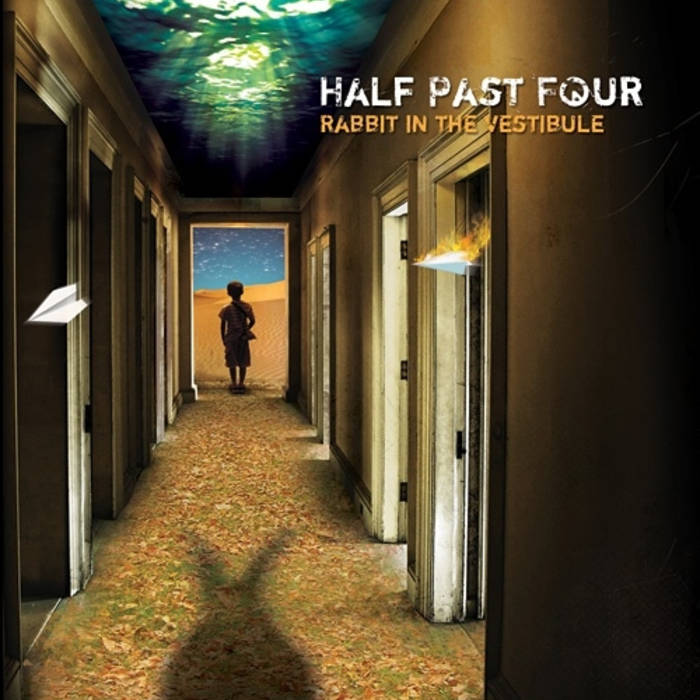 This is Toronto quartet Half Past Four’s first full-length album that isn’t a movie score (2007’s The Mad). A variety of genres are melded here, including art, progressive, jazz, and new wave. Vintage sounds abound, guitars that move between acoustic and electric, flute thrown in at the logical place, widdly bits, and polyrhythmic movements. What sets the group apart is Kyree Vibrant’s vocals, which add a solid focus to the music. She has a fine range and control of her vocal stylings, new wave in some places, jazz in others, always distinctively powerful and conveying emotional variations. The lyrics are interesting and at times amusing, and the musicianship is solid from the rest of the band (guitarists / bassists / vocalists Constantin Necrasov and Dmitry Lesov, keyboardist / sound effects programmer Igor Kurtzman). Guest artists fill in the extra parts (violin, saxophone, tin whistle, various backing vocals), and the band should be considering making drummer / percussionist Art Pisanski a permanent part of their lineup, as his precise and driving drums and percussion are a critical part of every track. If you enjoy 70s and 80s musical styles, this album is right up your alley.

Related artist(s): Half Past Four

Killin' it in Tromsø, Vederkast style