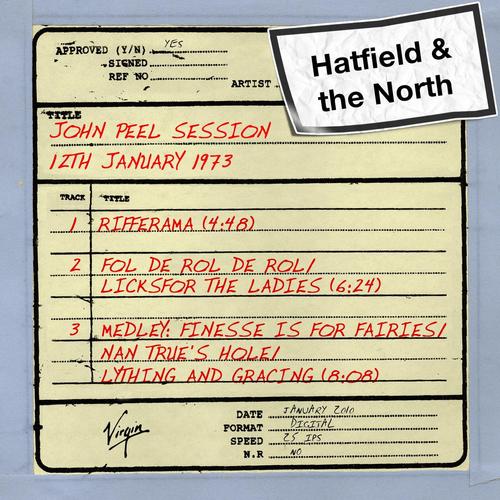 The great Hatfield and the North only released two albums in their lifetime and then an odds-and-ends album a few years later, so unless you're a deep diver then one might not be aware that what the band could pull off in the studio they could also pull off perhaps even more impressively in a live setting. Unfortunately the band's live legacy has been relegated to what are essentially two posthumous "collections" of live material from all sorts of sources without a lot of references and I'm not sure how much of them pull from Peel Sessions. Before these were released, all you could really find were bootleg recordings and for years I've always very highly prized a one disc compilation that had three such recordings including this one, which for some reason Virgin released as a download in 2010. It's very short but features suites from the band's first album, showing them as the insanely clever, funny, musically gifted outfit that they were. I would truly love to see a collection of all of the band's in-studio live recordings as they always really rose to the occasion when playing, belting out their very complex material without any type of hesitancy.

Halloween - Merlin – I didn't have very high expectations for this, after all their first two albums were somewhat short of spectacular, especially with their dreadfully pronounced English vocals. Within one minute of...  (1994) » Read more