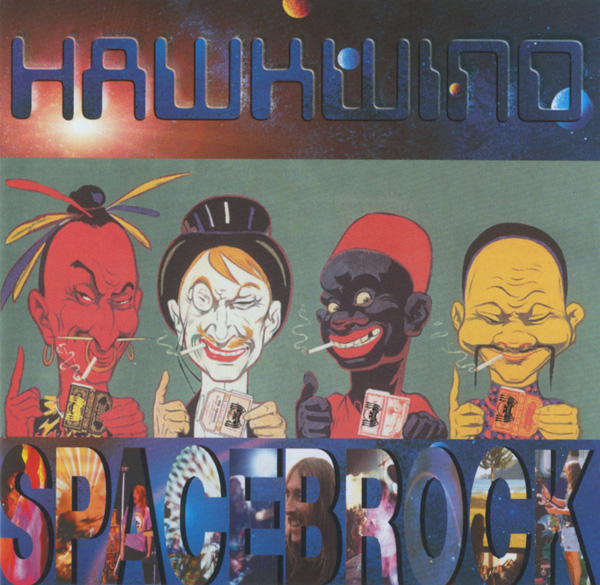 Is this ever going to stop? My first thought on this was it’s a Dave Brock solo record, but on further examination it appears to be a Hawkwind album. It opens with more re-recordings of previous Hawkwind songs. And while “Some People Never Die” is a great track, is this endless recycling of their material ever going to stop? Spacebrock suffers from the same problem as the last album, Distant Horizons, a lack of cohesion; this sounds like they were fucking around in the studio and recorded it. Yes, some of these spacy little intros are very cool but they are used as songs, not intros. "Earth Breath" is an awesome little snippet of swelling harmonic keys and would be really great if it led into something. In fact all the synth on this album is outstanding, loud swelling sounds and oscillations. The patented Hawkwind sound. And maybe that’s what is getting to me here; the same themes seem to be trotted out and mixed around so you end up with a song you swear you’ve heard but can’t place it. I really miss the days of a cohesive, song oriented, group arranged Hawkwind album, where the instrumental tracks and the vocal tracks would meld and blend from to the other. One saving grace here is the apparent lack of vocalist Ron Tree.

Atlas - Blå Vardag – This is one of those gems, a rare item on vinyl that is indeed a lost classic. All the elements of progressive rock greatness are here in abundance: superb musicianship, brilliant compositions, plenty...  (1995) » Read more