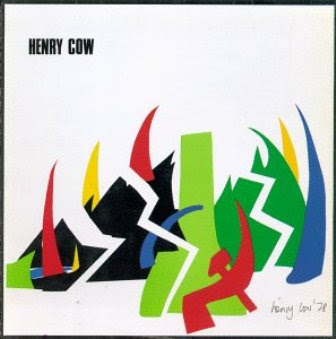 By the time they got to 1978 and the recording of Western Culture, Henry Cow were in the process of breaking apart. Fortunately for us, they saw the project through to its completion, for it is full of great music, some of it recorded after the band’s last live appearance. Lindsay Cooper and Tim Hodgkinson each composed three of the original seven pieces, and the two collaborated on the remaining one. Fred Frith and Chris Cutler round out the band, but do not contribute any compositions, and guests fill in on trombone, violin, piano, and bass. Dagmar Kraus had by this time left the band for health reasons, and the album is entirely instrumental, which is likely a plus to many listeners. The elements I like best in Henry Cow are all present here: interesting chamber pieces for adventurous ensembles as well as crunchy angular pseudo-rock, all approached with an improvisational attitude, even when it’s tightly composed. Hodgkinson’s suite “History and Prospects” features these contrasts in abundance, starting with the heaviest piece, “Industry.” In general, there is less of the meandering improvisation that sometimes slowed the band down. Cooper’s suite “Day by Day” features some excellent ensemble arrangements and brilliant contrasts – I love hearing the bassoon in contexts like this. Three tracks dating from the same time period (one an alternate version of “Look Back”) are added for this release. Have I mentioned the Chris Cutler is one of the most inventive drummers ever?

Western Culture was originally released in 1978 as the final official album from Henry Cow. This single disc is separated into two 18 minute tracks: "History and Broken Prospects" (written by Tim Hodgkinson) and "Day by Day" (written by Lindsay Cooper). The tracks are then broken down into seven segments, each of which twists and turns through many stylistic changes and tempos. For the uninitiated, instrumentation is as follows: there are no vocals, I repeat: no vocals! Dagmar Krause is MIA which is probably a blessing to most of you who were scared to death from that first shriek you heard when she first joined the group. Less intimidation does mean more accessibility on those terms; so there are no noticeably overt political statements since the album is all instrumental. Hodgkinson plays keyboards, Cooper on bassoon, both on woodwinds; Fred Frith is on guitars and bass; and Chris Cutler on percussion ( and of course, 'noise'). This album is comparable to their very first album in structure and direction of the compositions. It can be viewed as modern classical, chamber music merged with progressive rock and jazz sensibilities, very similar in style to bands such as Univers Zero. There are certain amounts of dissonant, and discordant playing which will appeal more to modern composers than rock and rollers. It is difficult music to digest at first listen, and will take some discipline to wade through the disc a few times, but it will be rewarding after a while. Waiting for the lead guitar to come in always seems to help me through the most dire and bleak musical passage. This is great music for that European movie you saw, and didn't get since it was missing the subtitles.

Metamorfosi - Paradiso – It’s been quite some time since Metamorfosi tackled Hell in their classic 1973 album Inferno, and now they’re ready to take on Heaven. With the vocalist and keyboard player from that bygone era...  (2005) » Read more

Halloween, Alaska - Halloween, Alaska – I try to maintain a certain openness about the various musical genres, feeling that quality is a factor only marginally related to style, so I’m happy to find something good where it’s...  (2005) » Read more

Various Artists - Periferic 2000-Sympho-Rock from Hungary – Lots of music to cover on this compilation, so let’s get right to it. First comes Rumblin’ Orchestra’s instrumental workouts — rich in harmony and recalling Wakeman’s...  (2000) » Read more