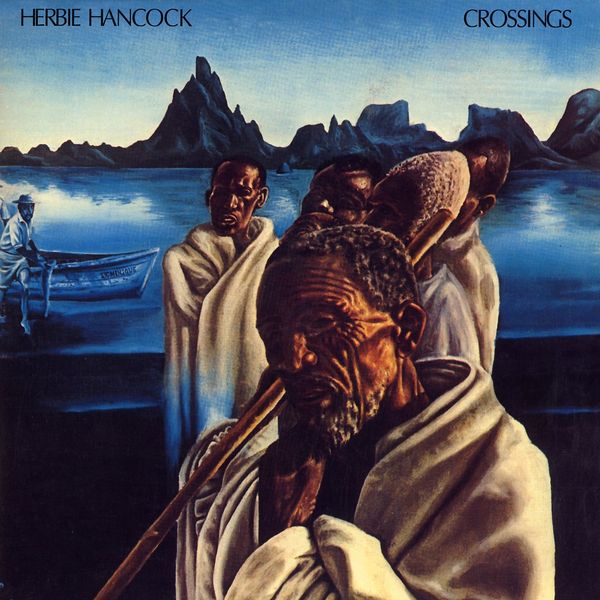 I spent some time last year going through The Complete Columbia Albums Collection of Herbie Hancock. I bought it hoping that there would be some gems I didn't know about after Man-Child and ended up being vastly disappointed. I'm still not sure if most of these 70s and 80s works were quite bad, ill-advised attempts to marry innovation and popularity, or just way over my head. So it has been a bit of a relief to turn back to the man's early electric period where his finest work was accomplished. This period is perhaps a bit veiled from history as Hancock and his bands (Mwandishi here) were performing live and improvising considerably and so the albums of the time tend to be distillations of that work. Through this period he transitioned out of his early Blue Note jazz works, started doing soundtrack work, and crossed over into electric jazz, basically along the same time period of his mentor Miles Davis. He did the funky Fat Albert Rotunda, which was largely shorter, more focused pieces but started shifting more radically into free electric jazz with the Mwandishi album and then finishing up his early period on Warner by releasing the masterpiece known as Crossings. To this day I think Crossings is an unusual work, almost hard to grasp at times, for this write up I played it twice to get a bit more of a grip on it. I found strangely enough that a lot of this work seemed to parallel Soft Machine and Nucleus with an electric jazz that had a lot of more composed moments and quite a bit of twisting and turning. This music on his live parallel stretched out a bit more (“Water Torture” in particular), but the studio recordings had an almost fragile feel as if Herbie hadn't quite charted out his path yet outside of what Miles was doing. Crossings ends up being a really dense work, perhaps dominated by the great “Sleeping Giant” suite, a title fairly amusing when you think what woke up next. He may have not completely left the shadow of Miles Davis behind here but he was about to.

Star People - ...Are Coming – Anyone who’s seen the Ozrics on their last couple US tours may have caught these folks inadvertently as their opening act. Yes, these are those bizarre guys in tuxes that look like some kind of...  (2001) » Read more