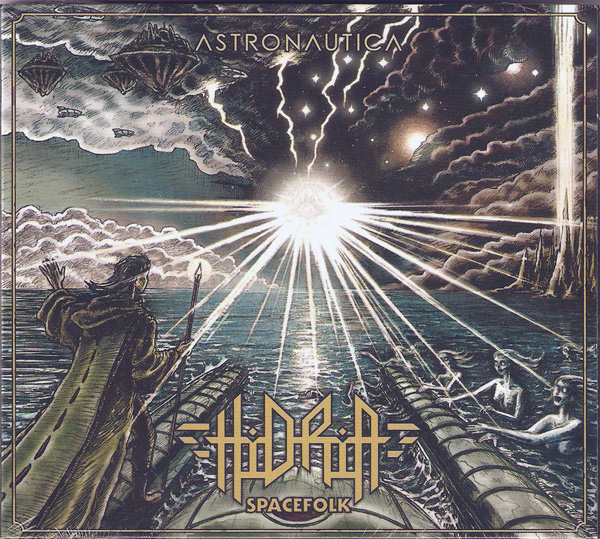 For their fifth studio disc, this Finnish six-piece presents five long tracks that represent more of an extension and refinement of their own brand of groove laden space rock, evolving from the previous four, rather than presenting any major changes in their basic (and very successful) instrumental musical palette. And that's certainly OK. Especially if you like what the band has done on their previous albums, then you'll be right at home in the world of Astronautica. Who says you have to break new ground all the time, especially when you do what you do so well? That said, some evolution in their sound is evident, especially on the album's standout track "Badding," which grooves along nicely, stepping through a number of changes during its 12+ minute trajectory, changing tempo and instrumentation mix, and featuring tuned percussion from newest member Olli Kari prominently at various points over its duration. Vinyl romantics will also find this recording available on their favorite medium. In all, Astronautica is another excellent step forward for this undeservedly unsung band.