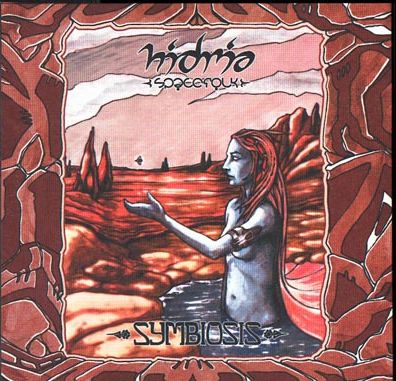 I’m not going to compare Hidria Spacefolk to Ozric Tentacles – I’d rather listen to Symbiosis again (well, so much for that plan). Anyway, I’m happy to report that Space Rock is alive and well. Think of the best of those long instrumental tracks Gong did on the Radio Gnome Trilogy. Now imagine a band that specializes in just that kind of thing. The arrangements feature a core of bass, drums, guitar, and keys augmented by flute, marimba, sitar, and various percussion. Space Rock is always a balancing act between groove and repetition. It can’t really groove without repeating patterns, but patterns repeated too much without variation get boring (barring the presence of mind-altering substances, but that’s another story). Hidria maintains perfect balance, keeping the groove going as the arrangements develop, often by carrying over an element from one section to the next, a burbling synth sequence, for example. There’s also some welcome variety between tracks: time signatures, synth and guitar tones, background atmospherics, instrumentation, and so on. The mallets bring later Gong to mind occasionally, Gazeuse or Shamal, but they don’t dominate the arrangements, just add some spice on a couple of tunes, providing a break from the keyboards. It’s been ages since I heard such a knob-twiddling analog synth orgy, with filters sweeping and echoes panning. Did I mention it sounds great on headphones?