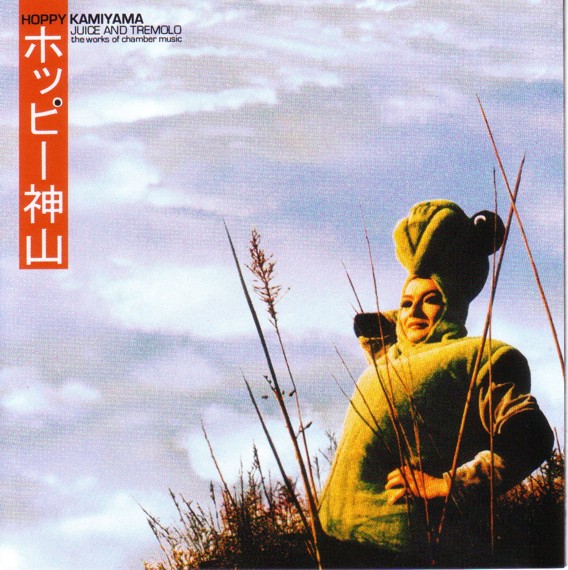 After having released the last real Ruins album in early 1998 (the incredible Vrresto featuring a new bassist and even more craziness), this young French label issues another true masterpiece, in a rather different style of music. Exit jazzcore and punk-ish rhythms, here comes the goddess of the Rising Sun, the most well-known producer of underground Japanese musics, the crazier composer of Tokyo-Koenji! Hoppy Kamiyama produces some successful j-pop bands and re-invests his money in his now well-known label, God Mountain (Koenji Hyakkei, Neu Konserwatiw, Ground Zero, Tipographica, and tons of other gems). He has also collaborated with the best of avant-garde scenes all around the world: John Zorn, Katsui Yuji, Yoshida Tatsuya, Amy Denio, Emi Eleona, Bordeoms, Haco, Sam Bennett, etc... as well as with George Clinton and Maceo Parker! Hoppy Kamiyama is in fact one of the most active and revered figures of the new Japanese music scene and when he goes solo, listeners really discover the importance of his works. This Juice and Tremolo is his third attempt to integrate a full string quarter to his music. This also is a wonderful success and surprisingly a very easy music to apprehend. Borrowing strong influences from Stravinsky, the music is mainly based in start and stop rhythms on strings, accompanied with a Bartók-like piano, and enhanced with funny laughs, sweet sobbings or some furious free-rock interferences. In one album, Kamiyama summarizes all the new Japanese scenes from Bondage Fruit to Keiji Haino, passing by Boredoms, Rinnesya, Ruins, Koenji Hyakkei, After Dinner, Ground Zero, and other sonic activists. If you are not introduced to new Japanese music yet, this is the best place to start and if you are fond of any Japanese postclassical or new music band as well as avant-prog, pick this one, you won’t be disappointed; a mind-blowing album for sure.