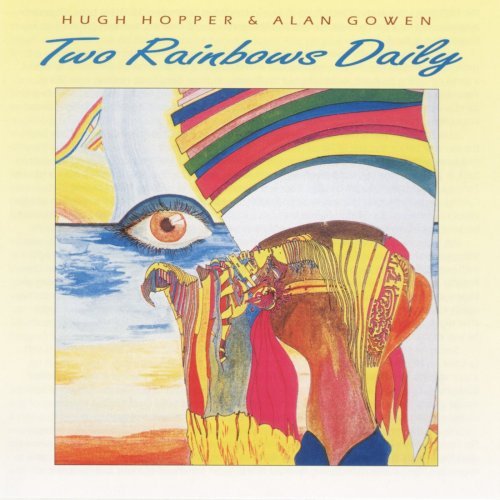 Another example of re-issue heaven? This album is (to my knowledge) the only bass / keyboard duet album made from a Canterbury link (Gilgamesh / Soft Machine). Originally released in the UK/USA in 1978, it found its way into semi-obscurity almost immediately upon release. Another fine album of jazz improvisation which showcases harmonic and compositional sensitivity (probably the trademark of all Canterbury releases). Rhythm on the original eight songs is primarily held down by a slow, calculated interaction between keyboards and fuzz bass lines: no busy flash playing here. "Morning Order" has a very subtle synth intro alternating with crisp, restrained bass playing, two layers of keyboards building a slow, sedate atmosphere — Gowen's stamp on nearly all his work. The title track is probably the only truly bright, optimistic moment on the disc; featured is Gowen's acoustic piano, underpinned by drone-like Moog tones, and a nice wandering bass chart. "Elibom" is also a standout counterpoint piece, one of my favorite of all Hopper compositions. An additional five bonus tracks have been added onto the disc which comprise live performances from September 1980 made with Nigel Morris, drums (ex-Isotope, along with Hopper). These pieces are live tracks that show how well this trio could interplay off each other without getting too free. Also included are brand new liner notes by Hopper that help shed some more light on the workings of Gowen and cohorts at the this time. A closing note: according the Stewart / Gaskin website, this is disc was re-released almost exactly at the same time as another select Gowen project: Before a Word Is Said (also reviewed in this issue). Enjoy!

Synergy - Semiconductor, Release 2 & Metropolitan Suite – In 1986, the first era of Synergy releases came to an end with Metropolitan Suite, which in some ways is the culmination of Larry Fast’s original musical vision. That does not make it...  (1999) » Read more