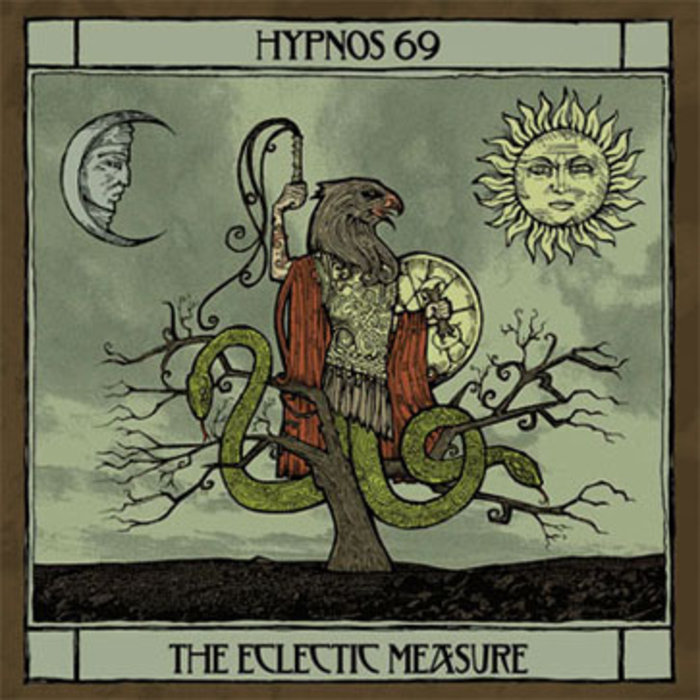 The Elektrohasch label has been releasing some great music of late, and this latest release by Belgian four-piece Hypnos 69 is no exception to that winning streak. Instrumentation includes the basic three plus Hammond, Korg synths, Mellotron, bass pedals, tenor and baritone saxes, clarinet, theremin, and a variety of orchestral percussion. Some of the material here is a slow, dreamy psychedelic rock with incisive guitars that might recall early Nektar or Wish You Were Here era Floyd, yet even with those apparent influences, they still have a solid grasp on current technology and studio production, much like Porcupine Tree. A solid command of melody, the hook, and savvy arrangements give much of the songwriting an instantly likeable character like later Beatles or Lost Chord era Moody Blues. When they speed things up a bit and start laying down some heavier rock, as on “The Antagonist,” the use of Mellotron, and especially the low-register saxes might remind the listener of McDonald & Giles era Crimson, though the band breaks it up occasionally with some gentle etudes featuring clarinet, glockenspiel, and acoustic guitars, showing an apparent classical influence. The vocals are handled capably by guitarist Steve Houtmeyers, although they’re typically left a little low in the mix, and often treated with that heavily distorted ‘neuro-surgeons scream for more’ megaphone effect. There are too many good songs here to enumerate, and they seem to get better with each listen. This one is easy to recommend.

Lonely China Day - Sorrow – In the midst of all the noise found on the Beijing music scene, where feedback reigns and screaming is preferred to singing, there is one band that stands out from the crowd. Lonely China Day (their...  (2008) » Read more