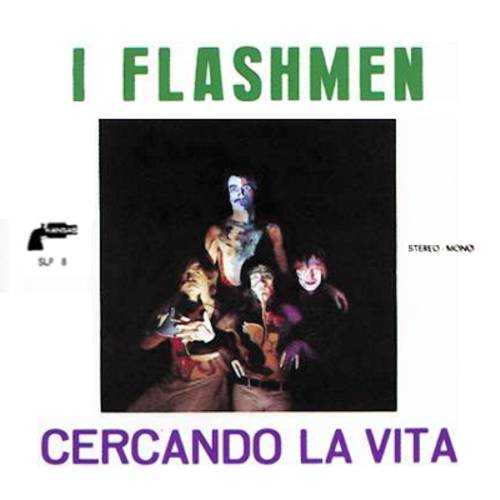 At one time, the Japanese did some reissues of the Kansas label including I Gregor, Capricorn College, and the second and third albums by Italian quartet I Flashmen. To me, this was the epitome of a group stuck in a time warp; even as late as 1972's Pensando, I Flashmen were a single-oriented psych beat group. Cercando la Vita, their debut, is from 1970, yet sounds like 1967 and is a bunch of quick singles and an anomalous nine minute "psych" track. I Flashmen sound very much like Procol Harum; there were times I wanted to start singing "Whiter Shade of Pale" over the music! Other influences are typical of the beat stuff – Motown, blues, 60s pop – yet the inner gatefold seems to imply that they were into heavy psychedelics due to the band's make-up. Except for the long track, this is forgettable, quite unoriginal, and certainly not as psychedelic as they would have like to have been.

Visible Wind - Emergence – Apparently this is the Canadian band's third album. I was quite impressed initially by my first taste of this album, namely, the 14-minute opening medley "Emergence/Sweet Perdition." "Emergence" is an...  (1994) » Read more