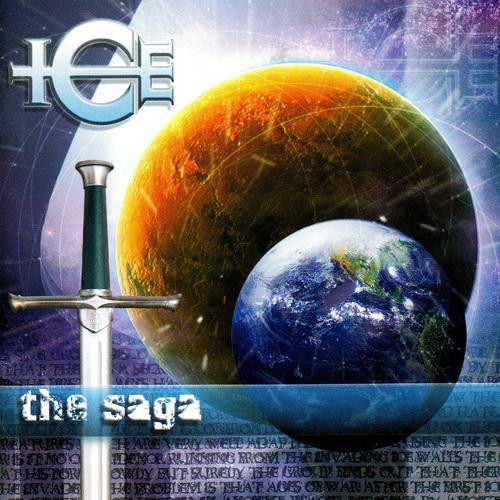 Dutch proggers Ice are a spin-off from the outfit Maryson who released a couple albums guided by the writings and keyboards of W.J. Maryson (aka Wim Stolk). The good news is that if you liked what Maryson had to offer, you’ll be very pleased with The Saga. The album is a sci-fi/fantasy concept piece told through music and lyrics much like the Maryson albums, which begs the question, what was behind Stolk’s split if the rest of the band have continued on as if nothing has really changed? The band ply predictable territory for their ilk: well-executed and melodic symphonic prog with liberal doses of Saga, Camel circa Dust and Dreams and post-Gabriel Genesis. Instrumentally the songs incorporate moments of acoustic tranquility though for the most part they embrace electric prog rock replete with heroic lead guitar lines, crunchy power chords, grinding (digital) organ and twiddly synths. Sometimes they’re playing a bit too hard at the “if only Genesis had stayed a prog band through the 80s” game but for this sort of thing they are quite good. Vocalist Hein van den Broek is often the focal point of the songs though keyboard player Ardie Westdijk and guitarist Chris van Hoogdalem chew scenery with abandon as well. Hoogdalem was the bright spot in Maryson and it’s good to have him back in action. There seems to be a bottomless demand for this brand of prog rock and Ice are as capable of satisfying it as anyone these days.