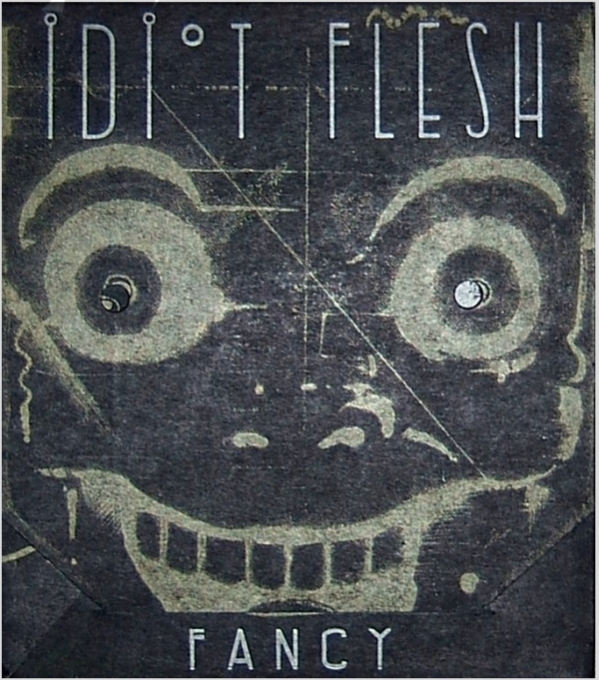 Sadly this will probably be the band’s swansong, as they played their final concert on March 13, 1998 (yes, Friday the 13th) in San Francisco. But if all one ever knows of this band is their recordings (an LP and two CDs, some singles, plus contributions to several compilations) they have indeed missed about half of what Idiot Flesh is all about: their outrageous on-stage theatrics. Like The Tubes in their heyday, Idiot Flesh’s music is completely supportive of their stage act, so while you can hear the music on CD (and they are indeed excellent musicians), it all may not make complete sense until you’ve seen their live gig (a video featuring some live footage is currently available directly from the band for $13). Their musical style is solidly in the art-punk vein, with nods to Zappa, The Residents (they even cover a Residents tune here), Henry Cow, Boulez, Bartók, gamelan music, and even Sesame Street. The band itself features four musicians: “Pin” on guitars, flute and vocals; “Captain Dragon” on violin, guitars, sawblades, and vocals; “The Improver” on bass, cello, trombone, bikehorn, percussion and this big double-bass like thing; and “Hyena Boy” on drums, marimba, percussion guitar, and anything else within striking range. Fancy is by far the band’s most sophisticated and cohesive work musically, no doubt their most fun, and probably the one that best captures the twisted energy of their live performance. The disc is available either in a custom fold-open cardboard package, or in a limited edition steel box. Recommended!