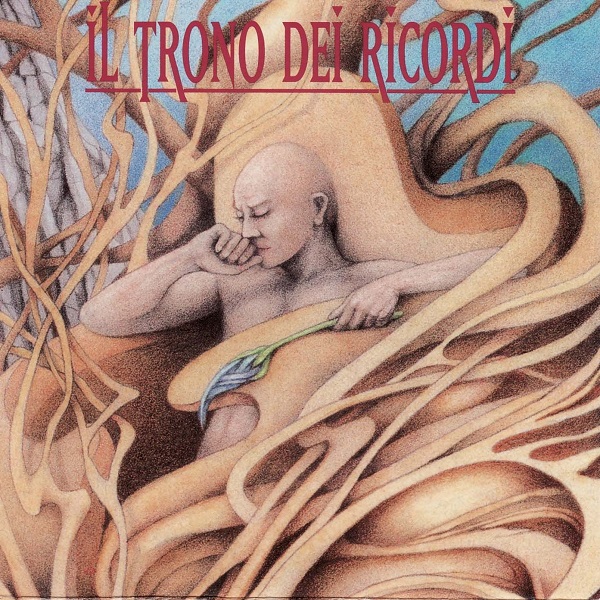 Quite impressive, this. Il Trono is a new Italian five-piece of keys, guitars, bass/sax, electronics, and dedicated vocalist, with a full time guest drummer. They have captured many of the best elements of the classic keyboard-heavy Italian progressive bands of the seventies: Il Rovescio della Medaglia, Le Orme, Museo Rosenbach, Latte e Miele — bringing that sound forward with modern production techniques and a combination of current and then-current instrumentation. Lead vocalist Alberto Mugnaini is powerful and expressive, but the true power within the band is shared between brothers Alessandro and Paolo Lamuraglia, on keyboards (Hammond, Mellotron, piano, and various synths) and guitars respectively. Together they dominate the sound, taking turns in the lead role, dueling, and building a massive wall of sound — while the rhythm section drives brilliantly through the dense, ever-changing terrain. Of the album's four tracks, the most spirited are the sidelong opener and closer, "The King of Memories" and "Visions of the Daughters of Albion," each evoking the more dynamic and complex Italian style, clocking in at over eighteen minutes apiece; yet it may be that the two tracks in between will be the first to lure the listener in: "A Memorable Fancy" begins with a guitar rhythm that may remind of Steve Hackett's "Tower" before it moves on into a moody and dark guitar powered tune recalling hints of classic Van der Graaf Generator. "On the Rising Sun" has a more Anglo feel, beginning with a catchy keyboard riff recalling Keith Emerson's glory days, yet Erik Landley's saxes and Mugnani's gravelly vocal delivery quickly erase the similarities with ELP, once again bringing to light the more moody and original elements. Lyrics to all tracks are taken from the work of eighteenth century British poet William Blake, with some additional lyrics added by Mugnani on the first and third. Il Trono dei Ricordi is certainly one of the most promising new bands I've heard in a long time, and one that I'm certain we'll be hearing more from. As an album I can wholeheartedly give this one my highest recommendation. Finally, I couldn't close without mentioning the amazing cover painting by Michael Bennett: the tri-fold sets new standards for the CD medium.

Amygdala - Complex Combat – It’s been a few years since Amygdala’s eponymous debut, a complex, powerful and high-energy opening statement if there ever was one; and as strong as it was, its main weakness was the fact that...  (2008) » Read more