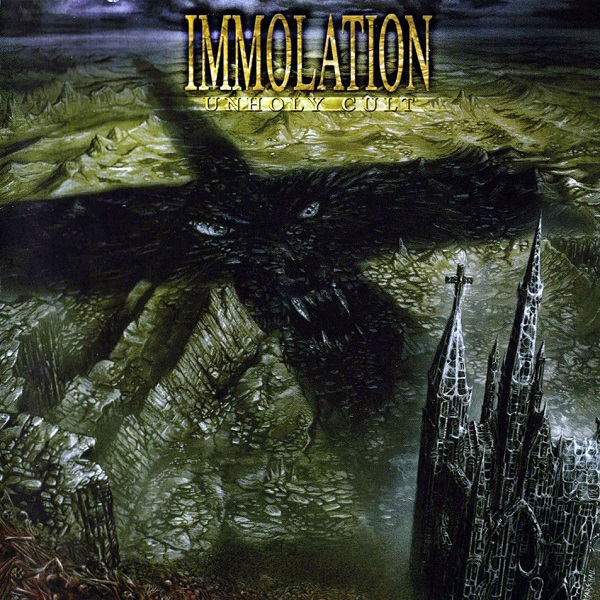 So this will probably be the least liked of all the titles I've been posting, but there's a small wedge of my musical listening that has to represent the heavy metal side of my tastes. I grew up in the 80s with early Metallica, Iron Maiden, and lots of other heavy bands, but became pretty fascinated with a certain segment of the death metal genre much, much later probably because I'm not automatically turned off by growly voices. I love stuff like early Morbid Angel, early Kataklysm, Suffocation, Cryptopsy, Decapitated, and ended up really falling for this title by Immolation. The reasons I tend to love the genre are the complexity and time changing of the riffing, the almost classical-like harmonics built up usually in the two guitar bands, the soloing skill of the instrumentalists and the sheer power of the sound. I find myself protected by the usually awful lyrics by not being able to understand them and keeping a sense of humor about it. Unholy Cult checks all those boxes and the lyrics aren't even terrible. But one thing this album added was longer instrumental segments that allow the band to work out a groove as well as allowing for longer guitar solos. When this came out I played it to death, no pun intended...

Sonus Umbra - Snapshots from Limbo – I was a little worried when I saw the names Luis Nasser and Jeff Laramee in the credits for this disc. They are both in the band Kurgan’s Bane, along with singer Lisa Francis (who provides guest...  (2002) » Read more