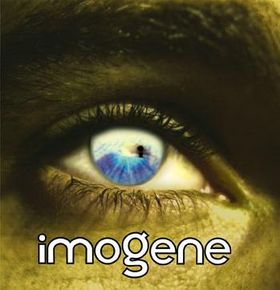 Certainly one of the ways for a band to achieve a distinctive sound is to feature an unconventional lineup of instruments. Imogene takes this tack by taking a typical b/d/g/k format and substituting an 8-string bass for the guitar. The resulting sound has a different feeling from a normal rock band — the word "deep" is tossed around a lot. The lead bass is generally pretty fuzzy, though David Melbye does occasionally supplement the low end with a touch of guitar, but it's more gravy than potatoes if you take my meaning. Keyboardist Gabe Cohen favors electric piano, which further adds to the unusual tone; and the drums and "regular" bass of Andy Campanella and C.J. Cevallos put together a kind of funky psych groove not far from what Morphine did. Of course, all of this recombination of sound elements would be for naught if the tunes sucked, which they don't. Melbye's voice has the kind of dreamy tone you hear in some Pink Floyd or Porcupine Tree, and the melodies are catchy without being annoying. It's nice to hear this kind of updated retro sound, and nice to see it getting some attention (showing up on TV soundtracks and so on). The tracks, all under the five minute mark, have the kinds of grooves that could go on a lot longer (and might in a live setting for all I know), but they're offset by choruses and varying sections that add variety without detracting from the flow. Nice stuff.

Note: This album was later re-released as Drops by Heavy Water Experiments.