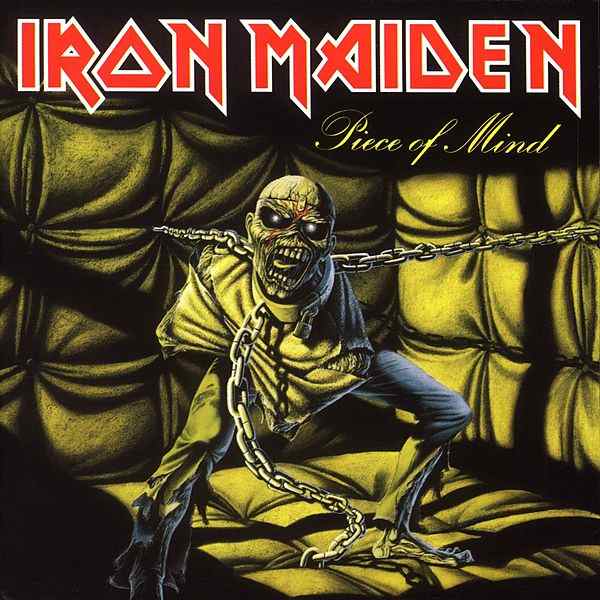 If you remember the 80s, you remember the t-shirts — for me they were ubiquitous in guitar classes. To my ears Iron Maiden were and still are the greatest act to come from the New Wave of British Heavy Metal, and while I think everyone has a favorite Iron Maiden, because — let’s face it — they managed to knock out at least seven great albums in a row, Piece of Mind is what I find to be their finest moment. Many tend to go for Powerslave as that probably reflects the band's progressive influences the most, but I always felt Maiden were the best at writing amazing short songs and this as some of their best, "Flight of Icarus," "Die with Your Boots On," and "The Trooper," to name a few. Iron Maiden had it all, one of the best singers in the genre, one of the best composers and bassists, an energetic forward-pushing drummer, and a pair of guitarists who always arranged the material together so that they could riff together or harmonize apart. And in an era where album production could be really dodgy, Iron Maiden's always sounded really good with a lot of clarity and space between their instruments. My love for this band still comes from videos of their live performances, and I can think of few bands who can energize a crowd like this one does.

Balduin Wants His Kite Back