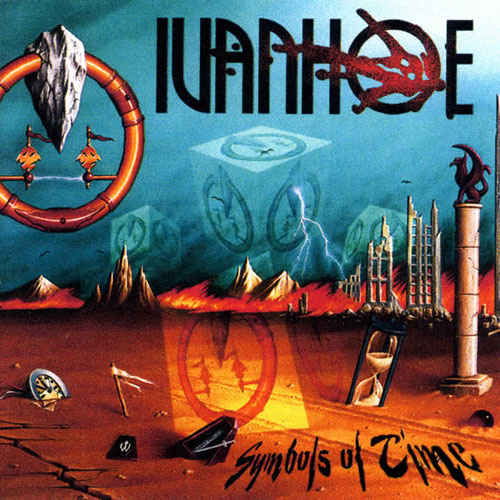 Ivanhoe represent the harder side of neo-prog. That is to say, they incorporate keyboards, a big guitar sound, and dramatic lyrics. On first listen to this album, I whooped with delight as I heard singer Andy Franck wail the first vocal passages, all the while swearing I was listening to some unknown Bruce Dickinson (of Iron Maiden) session. Likewise, many of the guitar parts have that same chunky riff favored by bands such as Metallica. Of course, this is not really a heavy metal album. Mellower tracks such as "By a Feeling" quickly separate this band from the metal pack. However, the both the title track and "Wide Open" take metal riffing and screeching lyrics into strong prog-rock territory. Small doses of such cathartic power go a long way, though. The album inevitably wears thin by the end – as if they ran out of new ideas around the middle of the album. The album consists of eight tracks totaling around 50 minutes, and only a select few really take hold of the listener. Still, the metallic power of this album may really appeal to fans of prog-metal. Especially fans of Iron Maiden – he really does sound like Dickinson... "Flyyy...on your wayyyy... like an eagle..."

Németh Gábor Project - Könnyü lépések (Easy Steps) – Németh is a Hungarian drummer and employs a large number of sidemen on this collection of ten tracks on the Periferic label. The music here is post-bop, or whatever one wishes to call music with a...  (2004) » Read more