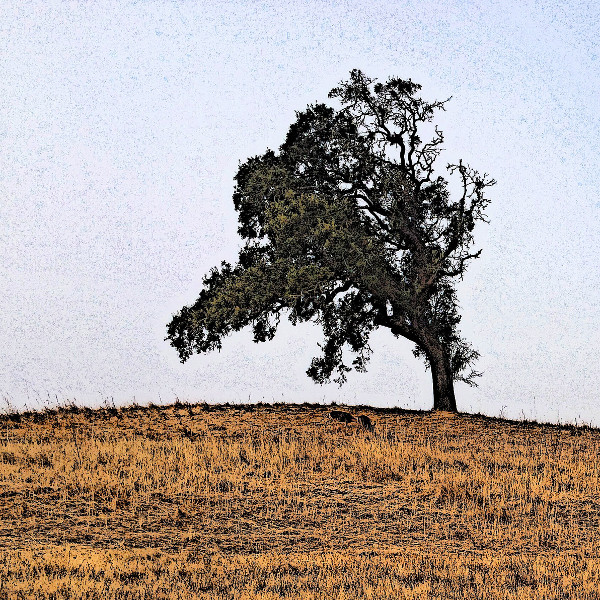 From the beginning, Jack o’ the Clock has been one of the most distinctive sounding American bands going. Their blend of unusual instrumentation — hammer dulcimer, bassoon, trombone, accordion, and more — and sophisticated composition is positively unique. Over the course of their six studio albums, the band has presented an impressive body of work, and with Witness, we now have documentation of a live performance. On June 4, 2017, the band performed at the Seaprog festival in Seattle, presenting a set of music drawn from most of their releases, going back to How Are We Doing and Who Will Tell Us? (2011) and up to Repetitions of the Old City - II (2018), which hadn’t yet been released as of the performance date. There are also a couple of titles that don’t appear anywhere in the band’s discography. Some of these tracks are worked into continuous suites, so 13 pieces are presented in nine tracks. On board for the performance were Damon Waitkus (vocals, guitar, piccolo guitar, hammer dulcimer), Emily Packard (violin), Kate McLoughlan (bassoon, recorder, vocals), Jason Hoopes (bass, vocals), and Jordan Glenn (drums, vibraphone, accordion). All the performances are stellar, full of energy and superb technique. Violin and bassoon both get many moments to shine, and the arrangements include plenty of space for their melodic contributions — this is not a band that is all about presenting the lyrics and focusing on the singer. It’s also quite apparent that in spite of their mostly-acoustic instrumentation and delicate chamber-like interactions, there is plenty of muscle in the rhythm section, and Hoopes’ playing gets several sections to take the lead in addition to providing firm support for the music. There’s not a weak track in the set, and as someone who witnessed the actual performance, I am thrilled to have this confirmation that Jack o’ the Clock really was every bit as good as they seemed at the time. For the multitudes of people who weren’t in the Columbia City Theater that night, Witness is a delight to listen to, and a wonderful introduction for those who haven’t heard the band before.