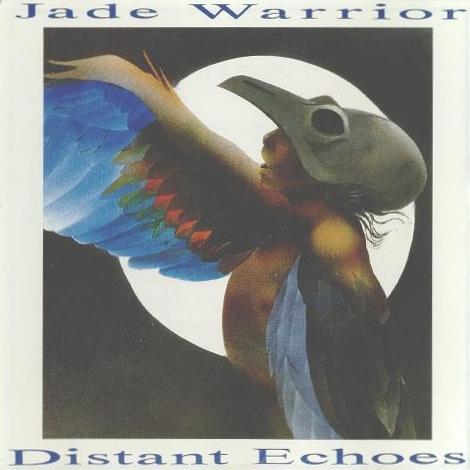 For the uninitiated, Jade Warrior's recorded history began around 1970 as a three-piece, integrating east Asian themes, introspective jazz-rock ideas, some elements of folk, and a lot more into a unique new sound based on flute, guitar, and ethnic percussion. Through the years, the band's sound evolved to encompass far more: after three albums they became a duo and esentially did away with vocals, and released another string of four albums for the Island label that are monuments of inventiveness, although seldom fully appreciated by those who cut their teeth on the first three. The 80s saw only two releases, the less than spectacular Horizen and the low key and highly introspective At Peace, released after the passing of guitarist Tony Duhig, leaving Jade Warrior as a one-man band. Flautist Jon Field then recruited two new band members, and started out all over again. With their 1991 release Breathing the Storm, they began to recapture the spirit of the Island period, albeit with a more laid-back approach, par for the post new-age era. Now comes Distant Echoes, perhaps their best release since 1974's stunning Floating World — or perhaps their best album to date. They have assembled all of their best inclinations here, given them new life, and embarked on a new forward looking journey. Unlike its moody predecessor, Distant Echoes rings with liveliness, forcefully encompassing all emotions. Once again, the lineup includes Colin Henson on guitars and Dave Sturt on fretless bass, plus a long list of session musicians on violins, saxes, bass clarinet, flugelhorn, drums, and choirs. The album opener, "Evocation," recals the gritty guitars and dissonance employed on their album Released, and then moves on to "Into the Sunlight," an eight minute piece recalling the Airto Moreira Brazilian percussive sound overlaid with the trademark wall of flutes and guitars; Henson does an admirable job at keeping Tony Duhig's guitar sound alive. The album continues to alternate low key and uptempo pieces: "Night of the Shamen" delves into an eerie melodic cycle on violin (vaguely reminiscent of the sound achieved by the Beatles on "Within You Without You") supported by guitar and pecussion, topped off with spicy guitar leads and scatting flutes. "Snake Goddess" uses choirs, piano, and saxes to cover some new ground, while "Timeless Journey" and the album closer "Spirits of the Water" recall the pastoral symphonics of Kites. All taken, this is a rejuvenated Jade Warrior fully realized, fresh with spirited ideas. For anyone not yet familiar with the JW sound, this is as good a place as any to tune in.