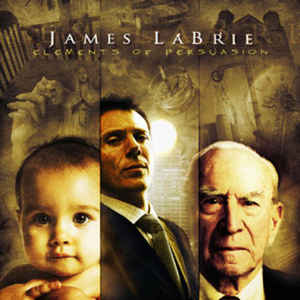 James LaBrie should be well known to Exposé readers by now, either as the vocalist for prog-metal icons Dream Theatre or through his participation in various Magna Carta tributes and Trent Gardner projects. He’s gifted with remarkable talent, regularly displaying an uncommon ability to deliver both hushed and impassioned balladeering as well as full-throated metal wailing. The sheer number of imitators across the globe is testament to his influence on the genre. For his second solo album, LaBrie has again teamed up with keyboard player Matt Guillory (also a participant on the Mulmuzzler side projects) with whom he shares the bulk of the songwriting. The rhythm section of Bryan Beller and Mike Mangini hold down the bottom end with aplomb and newcomer Marco Sfogli has the metal guitar thing more than ably covered. Curiously for a solo album, Elements sounds very much like a band project, thanks to the carefully crafted and articulated arrangements. For the DT crowd there’s plenty of flashy metal fireworks occupying much of the disk’s 66 minutes, though LaBrie has wisely injected subtle techno elements into the arrangements and production that helps to raise the material above mere metal pabulum. Several songs shift into slower, more melodic terrain with Guillory’s keyboards coming to the fore and allowing LaBrie to present a friendlier, more expansive face. DT and prog-metal fans will no doubt want to pick this one up, though the quality shown throughout might also surprise anti-metal hardliners and bring a talented singer to an even wider audience.