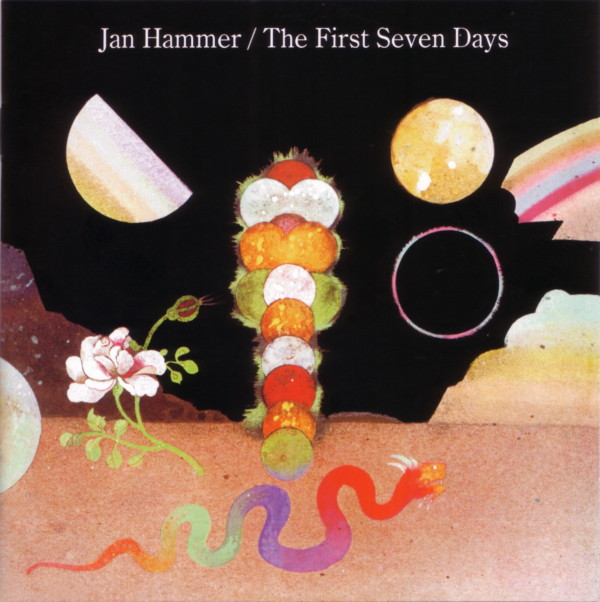 Ah, for those simpler days, before New Age fossilized into colorless bits of seemingly nutritious but flavor-free soy-based meat substitutes, before anyone realized that there was no place for splatty-funk Moog bass in sequenced pieces, before the Electronic Congress passed the Third Amendment to bar jazzy electric piano from electronic music, and before anyone knew that keyboard players shouldn’t also be drummers. But 1975 was a different time, and this classic recording stands the test of time admirably. It’s an invigorating cross between Hammer’s Mahavishnu fusion work and moody electronic atmospheres, with Mellotron strings backing snaky monophonic synthesizer lines and Hammer’s own live drumming punching up the rhythmic impact. The lead lines are trademark Hammer, full of bent notes and unexpected intervals. There are meditative moments for acoustic piano (like the opening of the second day); there are rapid-fire sequenced arpeggios drifting around in the aural field, varying their accents too quickly to fall into ruts; there are warped Oberheim gong-sounds; and there are guests on violin (Steve Kindler) and percussion (David Earl Johnson). Other than the fact that there are seven tracks, the “concept” is a mere trapping, with no impact on the music itself. This is much more than a one-man electronic album – it’s a high mark of 70s fusion, and its reissue is very welcome.

Whatever a Bliker is, there are two of them