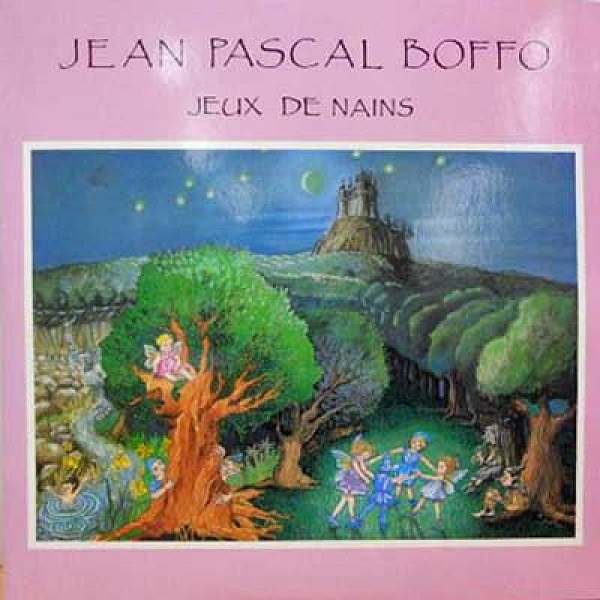 Musea's very first release has finally received the digital treatment. Boffo was the bassist / guitarist of the early eighties Zeuhl band Troll, who despite their good reputation left no recordings other than some live demos of substandard sound quality, and a posthumous LP release recorded using guest musicians after the band's breakup. Upon leaving Troll, Boffo opted to radically change directions and record this mostly acoustic album, which ended up being Musea's very first production. JP plays acoustic and electric guitars and bass, as well as percussion on several of the tracks. He is joined by synthesist Denis Batis, and Denis Moog on percussion. While much of the material here could be compared to Anthony Phillips (The Geese and the Ghost / early Private Parts) or Steve Hackett (Voyage of the Acolyte) with a strong injection of Zeuhl, the overall result has a more distinctly French flavor, which gives it a very unique character. The thirteen tracks alternate between electrified tunes like "Carillon," "Feerie," and "Le Vol du Dragon," and solo acoustic pieces like "La Grange aux Bois" and the title track. Throughout the album between the songs there are sounds of birds chirping and children playing, offering continuity to its overall concept. While this is very different when compared to Boffo's later endeavors (of course that could be said about any of his albums, they are all that different), it does offer a very personal, up-close and introspective view. This is definitely one worth checking out. Recommended.

Iona - The Book of Kells – Imagine the best elements of Enya/Clannad blended with the folk-rock presence of Fairport Convention with Sandy Denny, make it a bit more progressive and powerful, and top it off with a Christian...  (1994) » Read more