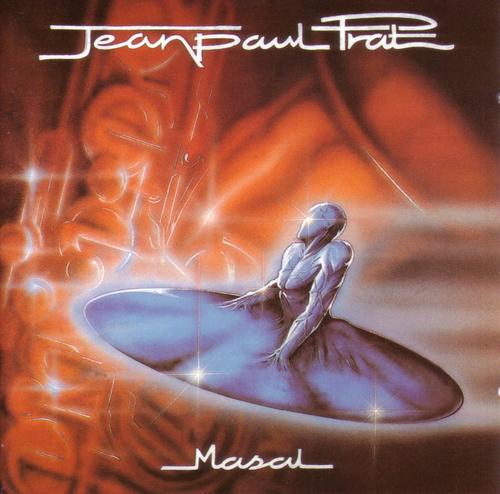 Masal is another lost classic of French progressive music resurrected by Musea. This is strong gutsy music with a statement to make much in the style of Magma, Heldon, and King Crimson. The original 1983 album only contained the 42 minute title track, a highly colored tour de force comprised of drums, piano, and vocals by Jean-Paul Prat as well as a brass section, flutes, three guitar players, and three keyboardists. In addition to the title track Musea added 30 minutes of bonus tracks recorded in 1985 and 1990. This music is a must especially for fans of the above mentioned bands.

A most welcome reissue. Drummer and bandleader Prat had worked with his band Masal from the early 70s, yet their first and only release was this two-sided 42 minute instrumental opus from nearly a decade later, by which time the band (after numerous stops and starts and personnel changes) had grown to a fourteen-piece ensemble of drums, piano, synths, bass, three guitars, two saxes, flute, trumpet, trombone, French horn, and percussion. The composition (by Prat) is a symphonic masterpiece that combines the fluid delicacy of Mike Oldfield, the grand symphonics of Clearlight, the rhythmic power and intensity of the zeuhl school, and the classical angularity of Art Zoyd. Going through numerous short sections of three to five minutes each, each linked together seamlessly, the musicians paint a magnificent vision that is rarely equaled in the world of progressive rock. The closest near approximation might be Clearlight's Symphony, yet Masal's approach is more instrumentally varied and conceptually balanced. The original piece was divided at the mid-point (to accommodate the LP medium), but for the CD reissue the two sides have been rejoined as they were originally recorded.

But this is only half the story. How often is it that a CD comes out with bonus tracks that are every bit as good as the original material they augment? In fact that is the case with this reissue: an entire album's worth of solid material recorded after Masal, but never before released, has been added to the round out the CD – four tracks ranging from three minutes to sixteen bring the playing time of the disc right up to the limit of the medium. Most noteworthy is the nine-minute "Maran Atha-Selah," recorded with a six-piece lineup in 1985, and the closer – a wordless vocal piece in six-part harmony, recorded in 1990 with a very positive and uplifting spiritual vibe, not far from some of the recent work by Minimum Vital. If there is only one reissue you buy this year, by all means this should positively be it!

Kenso - Kenso I – It was just last issue in our Belle Antique label overview that this writer said something to the effect that since all the best tracks from Kenso's first eponymous LP had been included as bonus...  (1996) » Read more

Väsen - Keyed Up – After many years as a quartet, Väsen returned to their original trio configuration for last year’s Trio (previously reviewed). And they apparently liked it so much they decided to do...  (2005) » Read more

Algaravia - Breve e Interminável – The title of the first track, "Crimsoniana," ought to give you an idea as to this new band's sound, but it doesn't tell the whole story. Algaravia's line-up consists of two...  (1997) » Read more