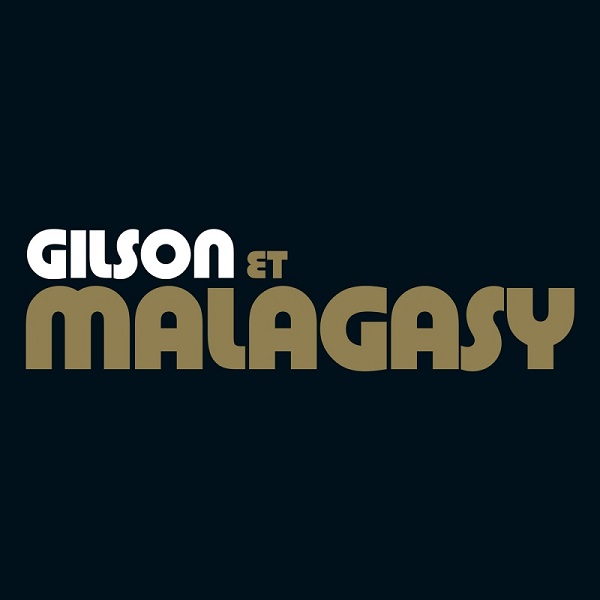 Active throughout the 60s, 70s and beyond, Gilson made waves as a jazz pianist, composer, and big-band leader with a knack for recognizing and breaking new emerging talent; to this end he can be credited with introducing violinist Jean-Luc Ponty to the world in the early 60s. By the late 60s he had worked with many notable players in the field of jazz, as well as recording with a pre-Magma Christian Vander, and it was also during this period that Gilson became interested in the music of the former French colony of Madagascar, a large island off the east coast of Africa, which had become independent a decade earlier. During this period (1968-72) Gilson made several trips to the island, in turn cultivating a collaborative spirit between the French jazz scene and numerous musicians from Madagascar (at the time called the Malagasy Republic) and in the process recording and performing with them. These collaborations are the subject of this four disc set, which includes all the material from five albums released between 1971 and 1974. The first disc comprises the six cuts from the original Malagasy LP, recorded in Antananarivo, Madagascar, most in the spring of ’69 but not released until 1972. The lineup here includes Gilson on piano, Jean-Charles Capon on bass, and a group of eleven more musicians from the island, including Georges Rahoerson (soprano sax), siblings Serge and Alain Rahoerson (tenor sax and drums, respectively), Alain Razafinohatra (alto sax), Joël Rakotomamonjy (tenor sax), Roland de Comarmond (baritone sax), Sylvain Randriamiadana (piano), Arnaud Razafy (bass clarinet), Samuel Ramiara (bass), Jean-Claude Portier (organ, drums, percussion) and Pierre Moret (percussion). This lineup presents a powerful jazz ethic that blends in some Malgasy cultural elements, mostly penned by Gilson with a couple tunes by other members, along with a lengthy cover of Pharoah Sanders “The Creator Has a Master Plan.”

By the time of the album’s release in ’72, Madagascar was in the middle of period of political turmoil, and many of the young musicians that Gilson had met during his three trips to the island were finding their way to France, allowing Gilson to recruit an all new, more compact six-piece Malagasy lineup for recordings and performances in Paris. The new group included Frank Raholison (drums), Sylvin Marc (vocals, guitar, bass and percussion), Zizi Japhet (bass, percussion), Gérard Rakotoarivony (bass), Del Rabenja (tenor sax and valiha – a bamboo tube zither) with Gilson handling electric piano and ondioline (an early type of proto-synthesizer). This lineup recorded the second disc in this set Malagasy at Newport-Paris in mid-1972, and features nine compact compositions, six by Gilson and one each by Marc, Raholison and Rabenja, all nothing short of outstanding; of special note among these are Gilson’s “Requiem pour Django” and Marc’s “Veloma Lava.” Around this time Gilson recognized that Rabenja and Marc were coming into their own as composers, and together had enough material for an album of their own, so he made arrangements for the two to record their own album Madagascar Now Maintenant ‘Zao with the remaining members of the Malagasy group, excluding himself; Gilson neither plays or composes on it, though his influence is often felt. Left to their own compositions, this is by far the most ethnic disc in the set, offering something very special and unique. The fourth disc in the set combines two archival albums from 1974, Colchiques dans les Prés and Les Touches Noires – both recorded in various sessions over the previous three years, with subsets of musicians from the first Malagasy big band, as well as the second six-piece lineup. Four of the cuts here are culled from live shows, others from the early sessions in Madagascar, all are nothing short of excellent. For the vinyl aficionados, this set has also been released as a 5-LP set with a bonus 45RPM single that isn’t included on the CD version. All taken, this set gives the listener insight into a very important aspect of the late Jef Gilson’s work.