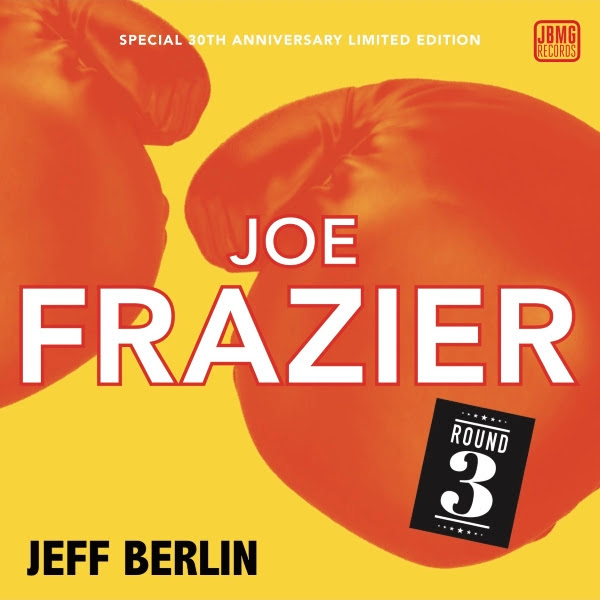 “Joe Frazier” was one of the highlights of the somewhat overlooked third Bruford album, Gradually Going Tornado — which is a fine album, and would be a standout in any other band’s catalog. But after Feels Good to Me and One of a Kind, Tornado is merely amazing. In any case, bassist Jeff Berlin wrote this great tune, and now he’s recorded it with a new set of players, providing a couple of different takes on the composition. This single presents two versions of the piece, one a remixed take of a recording that originally appeared on Berlin’s 1986 solo album Pump It! and features Frank Gambale on guitar, Ron Reinhardt on keys, and Tris Imboden on drums. This “Round 2” version is much more guitar-oriented, with the keyboards taking a secondary role. The funk factor is cranked up, the quirkiness toned down, and while Gambale and Reinhardt do fine jobs with their solos, it is clearly Berlin who is the star here. His fluid licks and inventive soloing provide a reminder that he’s one of the great electric bassists out there. “Round 3” wanders much farther from the source material, bringing in variations and expansions of the themes. This version was recorded as a sort of 30th Anniversary tribute to the original, and features the composer on bass and keyboards, with additional keys from David Sancious, guitar from Steve Vai, Keith Carlock on drums, Tom Hemby on rhythm guitar, and percussion from Gabriela Sinagra. One thing that is clear is that decades have done nothing to diminish Berlin’s chops — in fact he sounds better than ever, easily in the league of any monster bassists you care to name. This is a supreme example of technique serving musicality, with each ridiculous run serving the mood and flow of the tune. His creative use of effects has expanded greatly, and he provides an outstanding example of the bass as lead. And Steve Vai gets in a pretty good solo too. The single is available in a variety of formats and packages, and should be a must-have for any lover of great bass playing.

Frameshift - An Absence of Empathy – Within the network of hard rock musicians there are plenty of opportunities for various players to meet, establish a working partnership and make some new music. Sebastian Bach (former lead singer of...  (2006) » Read more