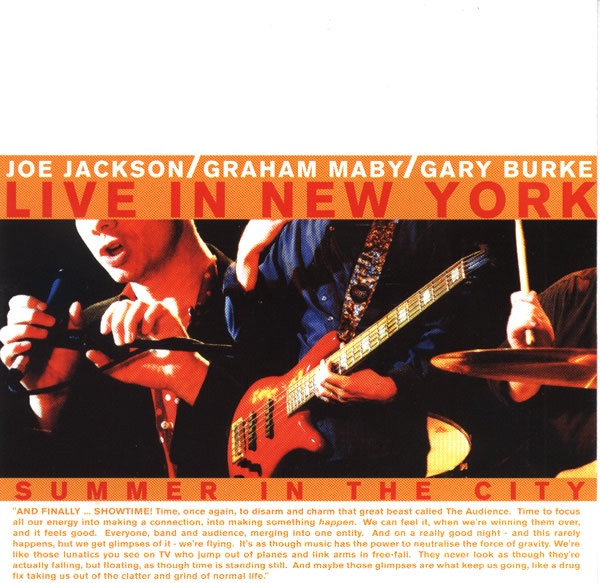 Leave it to musical chameleon Joe Jackson to twist the standard pop jazz arrangement of a few well known pop tunes and provide further proof of his oft-ignored creative genius. Dipping into his 60s songbook, it’s a coy opportunity to connect the dots from influences to his own uniquely crafted wordsmith which include well thought-out arrangements. The live trio is Jackson himself on piano with longtime bassist Graham Maby and drummer Gary Burke that propel the onstage proceedings. The album also contains a straight-ahead tribute to Duke Ellington in the form of the classic standard “Mood Indigo,” which migrates to a rough cut on “The In Crowd” which is then meshed to Jackson’s own “Down to London.” Jackson’s hit from 1979, “It’s Different for Girls,” is rendered within a medley of four pieces. From the songwriter’s own catalog are spirited, stripped down versions of “The Obvious Song,” as well as “Another World” and “Be My Number Two.” “Fools in Love/For Your Love” relies on the same chord progression to transition from a painful ballad to a rave-up on the Yardbird’s classic. Also included in this odd, but compelling set is a curious arrangement of the Beatles’ “Eleanor Rigby” (with solo keyboard arrangement) and “King of the World,” the last track on Steely Dan’s Countdown to Ecstasy. If this is any indication what a current Joe Jackson live show constitutes, lovers of the quirky polished pop hook and chop are in for a night of magic and tunes buzzing in your head hours after the moment has departed.

Plug in Your Brain and Get to Work