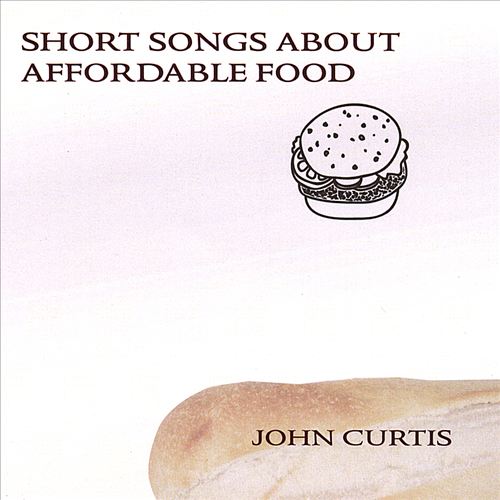 An interesting concept — and a successful one too, that certainly lives up to its title. There are 43 songs here, and only a handful break the minute-and-a-half mark. Some are instrumentals, but most have lyrics with subject matter about... well, candy, burgers, snacks, pizza, soup, burritos, bagels etc. and their ramifications and importance within the larger scheme of things — and let's not forget the coffee! Within that context, Curtis' vocals are outstanding, and the music is impeccably produced throughout; he is joined by a number of guests on various instruments to augment his own guitars, keyboards and drums, while others contribute lyrics to some of the songs. Stylistically, one can hear the influence from Todd Rundgren, Mike Keneally, The Tubes, and even an occasional flash of Uncle Frank himself, in the widescreen production, jazzy segues, vocal harmonies, and wry wit. The material crosses all kinds of boundaries from 80s styled new wave MTV rock to progressive to art-pop with elements of soul, country rock, old-timey big-band with bits of jazz and classical woven in seamlessly, all saturated with the brilliance of vision in these vignette length pieces; perfect mind fodder for the attention-defecit generation. Throughout, Curtis establishes himself as an artist and composer that won't allow himself to be painted into any corners.

Pink Floyd - Total Eclipse – Sometime last year Pink Floyd released some sort of 25th anniversary collectors box set, the title eludes me at the moment, but the content does not: it was simply a bunch of their regular albums...  (1994) » Read more